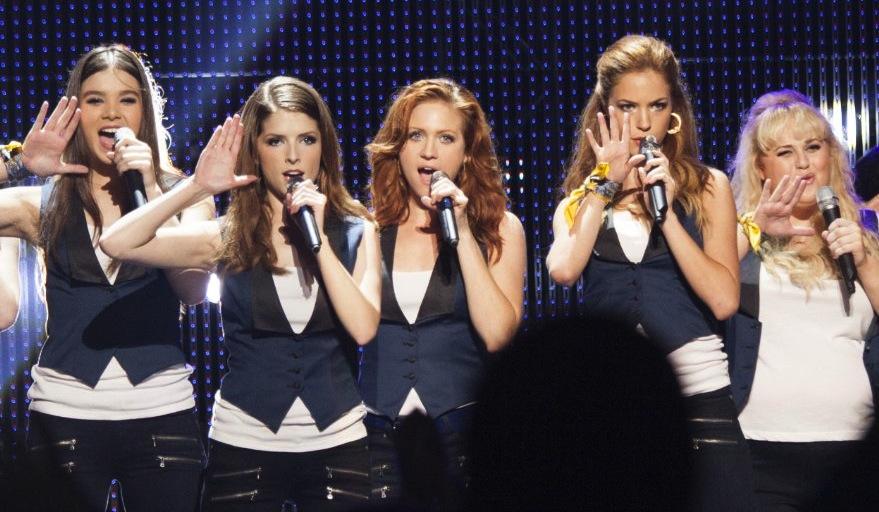 “Pitch Perfect 2” serves as a wonderful continuation to the hugely successful “Pitch Perfect,” creating a fantastic blend of old and new with more guest stars than you can count. It’s clever, it’s hilarious, and it’s everything fans could want as a next step for the Barden Bellas.

After an embarrassing wardrobe mishap during a performance for the president, the Barden Bellas (now three-time national champions) are suspended from the stage. The only way for them to regain their title — and dignity — is to win an international competition, something no American team has ever done. They face harsh competition in Das Sound Machine, a German group with flawless physique, and their own personal struggles about leaving college and finding a place in the world.

Hearts are touched and hilarity ensues in this strangely sentimental yet still laugh-out-loud funny comedy.

A semi-important note: the audience really needs to have seen the original “Pitch Perfect” to fully enjoy this sequel. The movie doesn’t waste time re-introducing characters, and the overall enjoyment factor goes up with a frame of reference.

“Pitch Perfect 2” manages to tackle the difficult task of creating a sequel to an already beloved story. The narrative keeps the spirit of the first film alive, while managing to add new characters, guest stars, and even more songs to sing along to.

As with the first film, Rebel Wilson steals the show. Portraying “Fat Amy,” Wilson improves every shot she’s in and leaves the audience aching with laughter. The witty and unforgettable character is given her very own story arc in this film, providing a refreshing break to the aca-drama the other characters envelop themselves in.

Most impressive is the handling of the time jump. Because this film takes place three years after the first, it’s left with the difficult task of aging up characters without removing them from the plot. While Chloe (Brittany Snow) has been held back for the past three years — played for comedic value — all other characters who were mentioned to be seniors have found new roles in the world. Bumper, former head of the Trebletones, has become campus security, and Aubrey now has a job bossing people around at a resort. The story deals with the difficult concept of leaving college and finding a place in the world, something thousands of 22-year-olds can relate to.

“Pitch Perfect 2” beautifully extends the narrative of its first film with grace and humor. While it touches on a few deeper issues, its primary function is a good laugh, for which it undoubtedly pulls through.

The plot line, while admittedly being nothing new, serves as the perfect frame for a cast of memorable characters that will stay in your heart for a lifetime.

Isabella Vitti is a veteran member of the Raider Times staff.