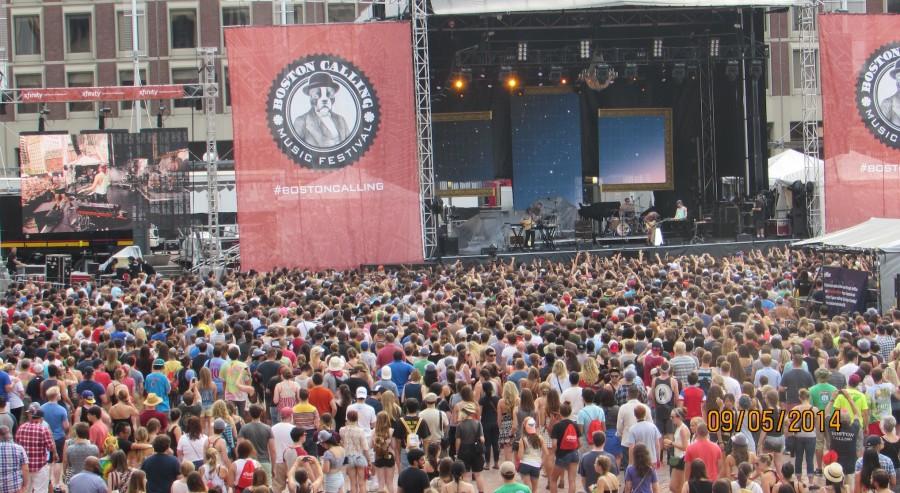 The crowd in front of the Capital One stage, one of two stages set up for the fourth Boston Calling music festival on Sept. 5-7, 2014.

Boston is gearing up for this weekend’s Boston Calling music festival, and so is public relations director Chris Langley.

With the festival running Friday, May 22, through Sunday, May 24, Chris is working hard to build excitement around the show, which takes place at Boston City Hall Plaza. With artists such as Grammy Award-winning Beck, Boston’s own The Pixies, Tove Lo, Vance Joy, Gerard Way, and more, this weekend is promising to be one of the most exciting the city has ever had.

One of the best things about Boston Calling, according to Chris, is its uniqueness. It is very rare for a music festival to take place in the middle of a city.

“There are lots of open-air festivals, but none of them are right in the center of the city,” Chris said during a phone interview.

Adding to the originality of the show is its diversity, appealing to all tastes of music. Where else will you see a rap group such as Run the Jewels playing the same event as Jack Black’s comedy rock group Tenacious D?

Chris has been working with Boston Calling since 2012, when the first idea of the festival was proposed. He is the co-founder of 44 Communications, a public relations and marketing company that works with music festivals, as well as countless other businesses.

He said he was thrilled to work closely with Brian Appel and Mike Snow, the founders of Boston Calling, to design a way to announce the very first festival, which took place in May 2013. Since then, Chris has worked to make each show in September and May successful by communicating with all types of press to create hype. 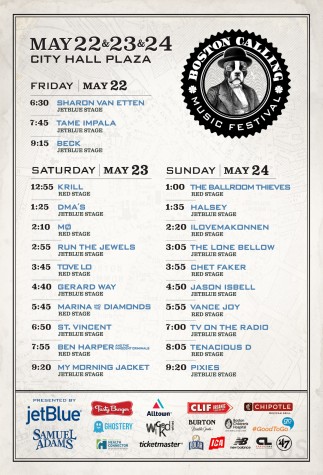 All media questions come through him, from business to even fashion. He worked with Teen Vogue, which wanted to know about the fashion of fans at the festival.

For Chris, it is not just a job — he really enjoys Boston Calling. His favorite part about it is not only being able to see live performances from bands and artists he is a fan of, but also he loves working with with the bands directly. He is constantly in touch with their publicists and management teams, finding a way to excite fans about the acts performing at the festival.

His other favorite part is seeing all the hard work that the team puts into the festival turn into a success.

“I’m very, very blessed and lucky to be submerged in the months and months of work that goes into the creation of the festival,” Chris said.

His least favorite part about the festival, however, is standing on his feet for hours each day. This summer, he will be working with 44 Communications at seven music festivals, which adds up to a whole lot of standing!

His wildest experience at a show took place in September 2014, when a thunderstorm threatened Boston Calling. The crowd had to be evacuated, then, once the storm passed, everyone had to be let back in. It was chaotic and crazy, but the team was prepared and knew exactly what to do.

The next advancement Chris, 44 Communications partner Alexandra Hynes, and the Boston Calling team hope to make is an increase in attendance for the September show.

In the past years, the May show is often a sell out, while the September event has a slightly smaller turnout. Chris suspects that is because the beginning of September is too busy for college-aged fans and travelers just returning home after summer.

They hope by pushing the festival back this year to Sept. 25-27, more people will be able to come. The fall lineup will be announced this weekend at Boston Calling. Although Chris would not share any artists who will be performing then, he said the lineup is one of the most exciting lineups to date.

It is not too late to grab your tickets to this weekends show, so don’t miss it!