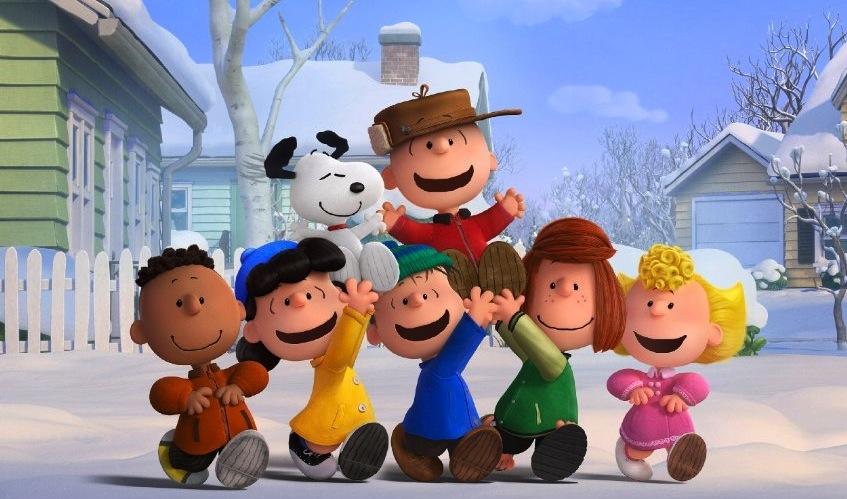 Charlie Brown, Snoopy, and the entire "Peanuts" gang are back for "The Peanuts Movie," which comes some 50 years after their first TV special.

Charlie Brown and the gang first appeared in the “Peanuts” comic strip on Oct. 2, 1950, Charles M. Schulz. Now, in animated 3D, Charlie Brown and his friends — Lucy, Marcie, Peppermint Patty, Linus, Pigpen, Schroeder, Violet, and Sally — are back in “The Peanuts Movie,” directed by Steve Martino.

Charlie Brown (voiced by Noah Schnapp) can never seem to do anything right, whether it is flying a kite or kicking a football. However, his sincere heart and good character always come through in his actions.

Charlie Brown put his melodramatic little sister, Sally (voiced by Mariel Sheets), before him during the school talent show. He had been working very hard on his act, but when the show is running low on time he has to either go out and save his sister from sheer embarrassment, or just go on and perform the act he had been preparing for. He chooses to help his sister, which is one of the many times Charlie Brown puts others before himself.

But Charlie Brown cannot help but wonder if the Little Red-Haired Girl (voiced by Francesca Capaldi) can ever like him for who he is: a clumsy kid who does nothing right and gets 5 cents worth of counseling from Lucy.

When the Little Red-Haired Girl moves in across the street from Charlie Brown, he is smitten with her, and he wants to try and do anything he can do get her to notice him, including learning how to dance.

Meanwhile, his dog, Snoopy (voiced by Bill Melendez) endures a heroic adventure as a World War I flying ace to save a very attractive poodle named Fifi (voiced by Kristin Chenoweth) from his arch-nemesis, the Red Baron.

Throughout the picture, there are many references to comments made by the characters in past episodes. Anyone can watch the film and still get a kick out of it, but it would certainly help to have at least seen the three of the more famous TV specials, “It’s the Great Pumpkin, Charlie Brown”, “A Charlie Brown Thanksgiving”, and “A Charlie Brown Christmas”.

Each TV special was less than a half-hour, which is the perfect amount of time for the humor that takes place. However, this movie is 92 minutes, which is just a little too long for a Charlie Brown sequence. It was still very cute, but at about the hour mark, it was getting a little long — although it didn’t keep viewers from not loving the ending.

The voice talent involved in the film very closely matched the people who played the roles some 50 years ago. This kept the same feel of the original cartoons, which was refreshing to hear.

The humor and personalities of the characters are very similar to “The Muppets,” which is also loved by all. So if you find “The Muppets” to be some of your favorite TV and movie characters, “The Peanuts Movie” will surely be a hit with you.

Most cartoons are geared toward children, but this movie definitely has humor that some kids won’t understand. Although there is nothing inappropriate about it, it is a little advanced for children to comprehend. Now, of course, children will still find plenty of times to laugh their heads off at silly things that the characters do, such as Snoopy trying to go to school but accidentally catching his paw in a snapping binder and getting thrown out.

So you could be 5 years old or 85 and still have a wonderful experience watching the movie. There is nothing vulgar or inappropriate in this movie, as it is rated G.

As an overall film, we would give it four out of five. The voices and humor were spot on, but the film was a little lengthy and you could feel yourself wanting it to end sooner than it did.

The final scene did wrap the story line very nicely, it just took a while to get there.

Ayah Rahim is a  member of the Raider Times staff.