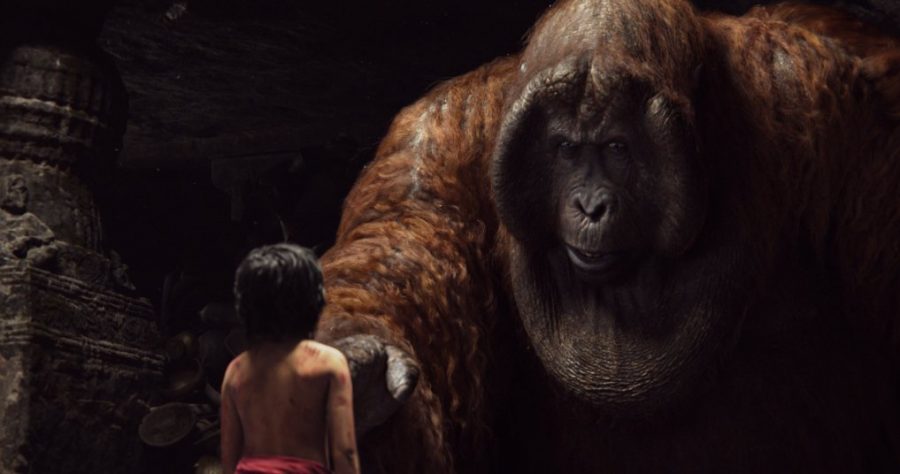 Mowgli meets King Louie, one of the many amazing CGI creations in Disney’s new version of “The Jungle Book”.