“Passengers” a marvel to the eye 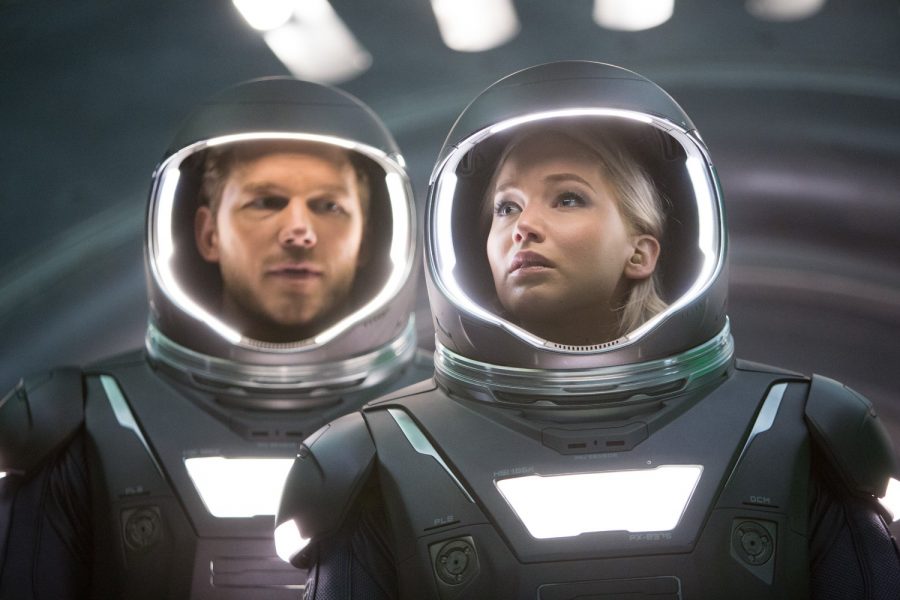 In all the recent space movies, the visual effects are breathtaking, which, the space fanatic that I am, I cannot get enough of. I was delighted to find that “Passengers” is no exception with vivid shots of the stars and captivating technology.

But, as with all the others, it followed the same basic plot: A catastrophic event leaves characters stranded in some remote part of space (well, it’s all technically remote). They attempt to adapt to their newfound solitude while exploring their terrain with limited enthusiasm, briefly enjoying a period of excitement and innovation. But this is a short burst of emotion, nothing compared to the unbridled loneliness they endure. Somewhere in the midst of their coping, another devastating incident wrecks some aspect of their ship or technology. This coming when the intensity is at its climax, they must scour their brains for a solution while the clock ticks.

“Passengers” definitely earns the title of a sci-fi thriller, one that is not to be missed.

“Passengers” follows two main people aboard a ship called the Avalon, which is destined for a planet 120 years away. Aboard are 5,000 passengers and more than 200 crew members, all of which have entered hibernation mode in specialized pods. They are programed to remain in this state until there is only four months left in their voyage to the new planet. However, damage is done to the ship, resulting in numerous malfunctions, one of which causes a pod to release its inhabitant early.

Jim Preston (played by Chris Pratt) is woken up 90 years too early, spending the time entirely in solitude aboard the ship, while his state of mind deteriorates. A year later, Aurora Lane (played by Jennifer Lawrence) is introduced, meaning he no longer has to suffer alone.

They form a deep connection as they get to know each other, progressing from strangers to friends to lovers, but there are certainly relationship speed bumps along the way. Amidst all this, they soon realize the damage inflicted upon the ship is more serious than either of them thought, and it becomes a race against time in an effort to repair it.

Although the “Passengers” plot follows a rather common format, it still has elements which are uniquely its own. The concept of shipping humans to another planet similar to Earth in an effort to inhabit is rather different from other recent space movies. It also has a sense of mystery about the whole situation involving the purpose of the ship and its mission. Not to mention the design of the ship is breathtaking, with its curved, semicircular arms about a central axis, plus the imaginative technology which every movie of the type must have. The technology may be imaginative, but as with any sci-fi film, I will not be surprised if science fans poke holes in its validity.

Overall, the film is breathtaking and entirely captivating, not just with the graphics but on an emotional level. I was able to completely connect with the characters, the actors portrayed their emotional hardships with stunning performances. The two worked together seamlessly, interacting in a real way that didn’t seem staged. As its PG-13 rating implies, there are some mild sexual scenes and intense action, combined with some profanity. But not so much so that audience members on the younger side won’t be able to handle it.

There were times in which my eyes watered, and others in which I was tense in my seat. So, if you or someone you know is a space fanatic, this is a movie that must be seen.

Destiny Santalucia is a member of the Raider Times staff.

One Response to ““Passengers” a marvel to the eye”