Show to be performed in Watertown High auditorium for three nights (March 16-18) at 7 p.m 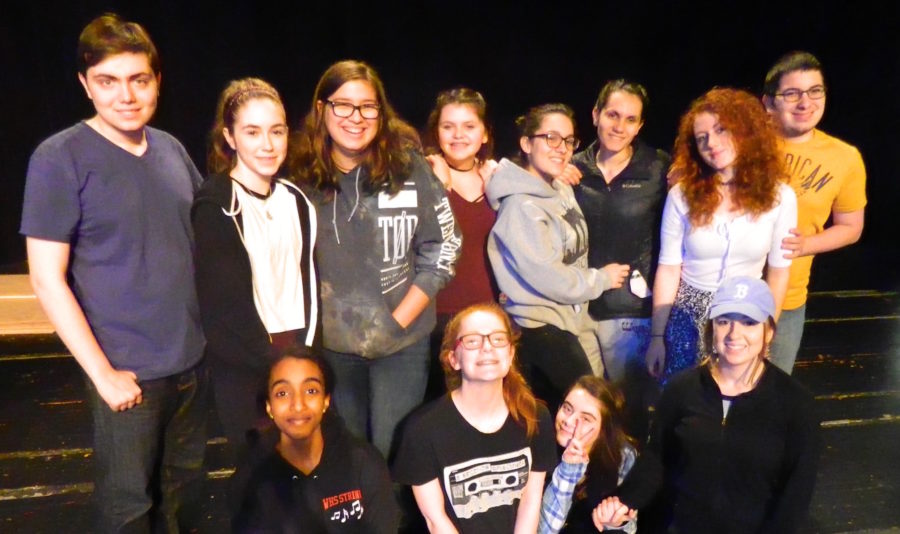 Some of the cast and crew take a moment from rehearsal for "Shrek the Musical," which will be performed at Watertown High School on March 16-18, 2017.

Starting Thursday, March 16, Watertown High School will present “Shrek the Musical” for three nights. I sat in on a rehearsal Thursday, March 9, in the WHS auditorium. I witnessed the efforts going into the production. I watched as people tried on their costumes for the first time, practiced their choreography, and repeated certain parts of certain songs over and over until they got them just right

What I noticed the most during this rehearsal, however, was the laughter and camaraderie of a group of people who see each other not only as castmates but as friends.

“We’re all a family and I wouldn’t trade it for anything,” says Liam Forde, who plays the part of Donkey.

Everyone I talked to that day seemed to use the word “family” at one point or another to describe the cast and crew. But I didn’t need to hear that to know how close of a group they are.

Most of my friends and I grew up watching the animated movie “Shrek,” but I had never heard of the musical. Hearing the cast practice the songs and seeing the dances, I have to say I was impressed by this version of the story.

“I listen to the soundtrack at home I like the music so much,” says Sarah Greim, who plays Teen Fiona and Sugar Plum Fairy. “Everyone knows ‘Shrek’ and it’s even better with music.”

WHS senior Nareg Kalaydjian, who plays Shrek, has been in eight school plays since his freshman year. He says that “Shrek,” which will be his last production at WHS, has been his favorite to work on.

When asking the cast why people should see “Shrek,” I got a similar response each time: They all promised that the music made the show, all ages would enjoy the play, and that you’ll be laughing non stop.

“There are a lot of likable characters and funny moments,” says Timmy Camelio, who plays five different parts.

Noah Ferraresso, who plays the Mad Hatter, says his favorite part of the play is when the fairytale creatures are introduced.

Noah also says that the ending of the play is a big finale.

Nareg isn’t the only senior in the cast. Dan Carito (who plays Lord Farquaad) and Talene Pogharian (who plays Fiona) will also be saying goodbye to WHS this year. Wouldn’t you like to see their last high school performance? 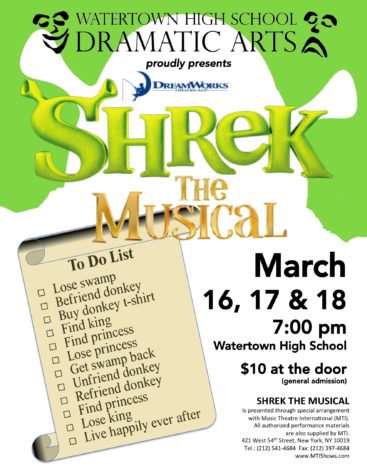