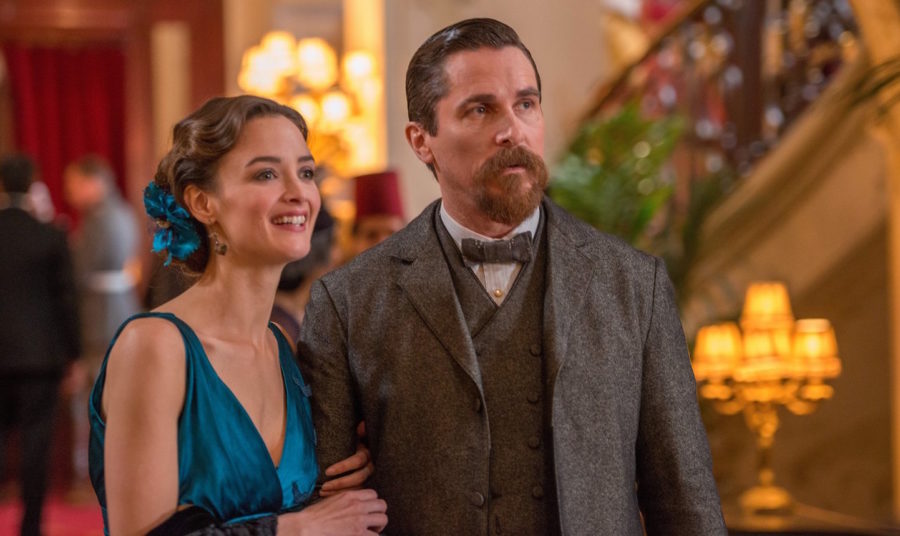 Grab your tickets online ahead of time and don’t forget a box of tissues. You’ll need it. “The Promise” is an emotional and touching film portraying the Armenian Genocide with, of course, a Hollywood twist to it.

We are first introduced, in the year 1914, to one of the main characters, Mikael Boghosian (who is played by Oscar Isaac). He has left his village to attend medical school in Constantinople. Here he meets the wonderful Ana (played by Charlotte Le Bon), who is in, what seems to be, a relationship with American reporter Chris Myers, played by Christian Bale.

As the movie goes on and the year is now 1915, the Turkish Army begins its devastating attempt at systematically wiping out all Armenians. As the trio escapes from the Turks, the love triangle continues.

Believe us, you will need a box of tissues.

This heartbreaking movie will also educate those on what really happened. It will hopefully open the eyes of those who do not want to believe it was a genocide.

“The Promise” is extremely graphic, demonstrating what was done to a helpless people during the Armenian Genocide, and making it devastating to watch. But the film is still a must-see.

William Saroyan, the famous Armenian-American novelist and playwright, said in 1958 about the Armenian Genocide, “Go ahead, destroy Armenia. See if you can do it. Send them into the desert without bread or water. Burn their homes and churches. Then see if they will not laugh, sing and pray again.”

Annie Pepanyan is a member of the Raider Times staff.

Rubina Vosbigian is a member of the Raider Times staff.