With new “Burn All Night,” be ready to face the music 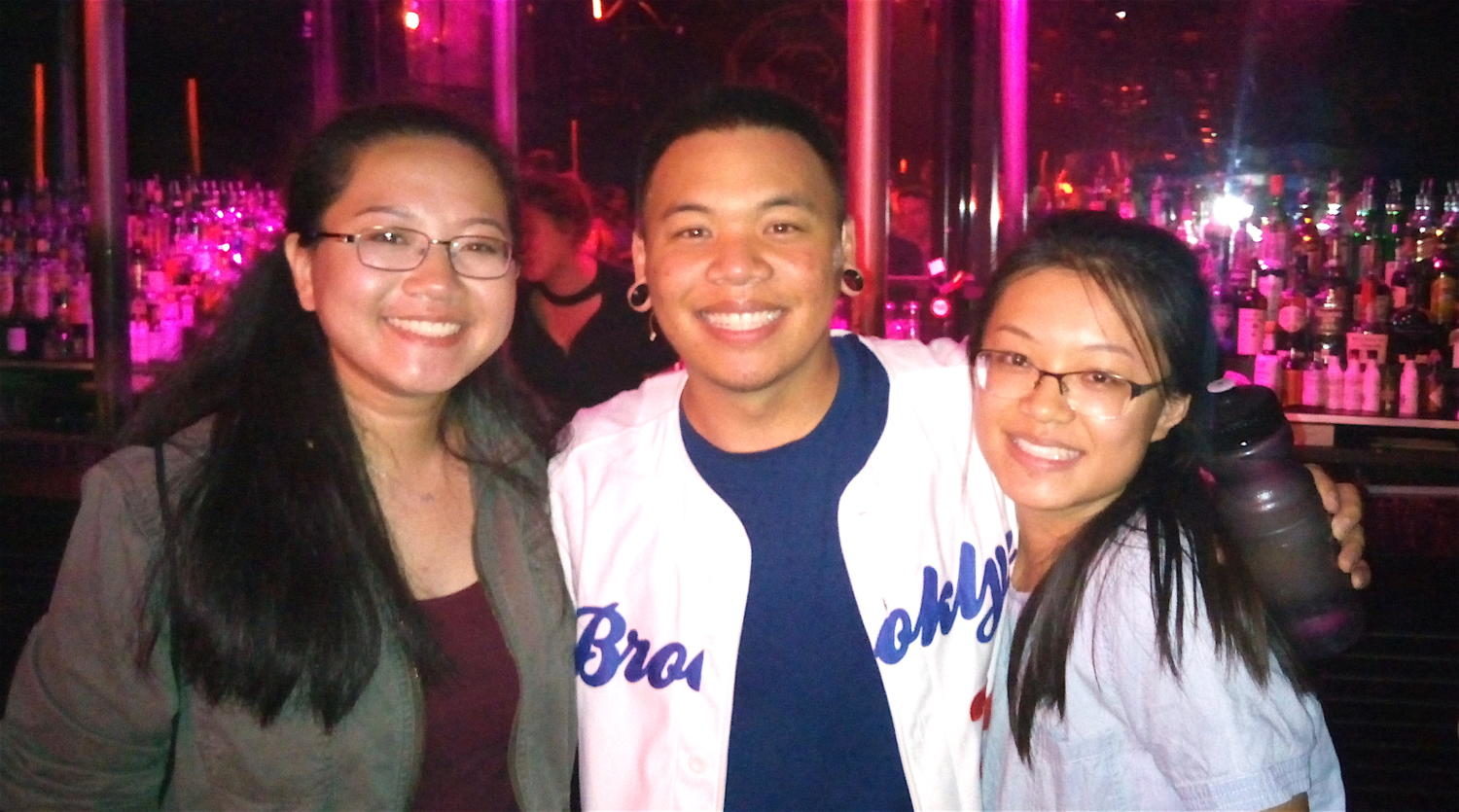 AJ Rafael (center) poses with Raider Times reporters following a recent dress rehearsal for "Burn All Night" at Oberon Theater in Harvard Square. "Burn All Night" made its world premiere the next evening, Aug. 18, 2017.

As you enter the Oberon, you feel like you’re transported.  With a live band playing on stage, an open bar on the other side of the room, purple and blue lights flashing everywhere, and a disco ball hanging over your head, you almost forget that you are there for a live performance of “Burn All Night.”

The experience was very impressive because the cast used the entire venue as its stage. There was a mix of performing on the actual stage, dancing on the open bar, standing on the staircase, strolling along the balcony, and weaving through the crowd.

The diversity of the production was another asset, not only within the cast itself, but also within the narratives of the characters.

“Burn All Night,” which was created by Andy Mientus, follows the complicated relationships within a group of young adults. These four main characters are living in the city while dealing with internal struggles, following their dreams and facing the threat of a worldwide disaster.

Many of the themes in this new musical feel relatable to those who are about to experience, or are currently going through, a transitional period in their lives or those who feel a bit lost in life. A major theme throughout the musical is neglecting and pushing away one’s problems rather than sorting through them, eventually ending in a bigger issue. Likewise, there is the theme of denial caused by the fear of change, until there is no other choice but to face the truth of the matter.

A dress rehearsal was held Aug. 17, 2017, the night before the world premiere. After the show, a few cast members chatted with audience members and reporters. AJ Rafael, a musician and YouTuber who plays a supporting character, was super nice and was so glad that some of his fans were there.

“Thanks for coming out to the show and supporting the whole cast!” said Rafael.

We had a lot of fun hanging out with the cast and would definitely recommend everyone to see “Burn All Night.” The show runs until Sept. 8.

(Note: “Burn All Night” contains strong language and glorifies drinking, partying, and drug use. For information about “Burn All Night” and American Repertory Theater, go to http://americanrepertorytheater.org/.)

Ruby Rosenwasser is a member of the Raider Times staff.