Love — and beats — are in the air at Vérité concert 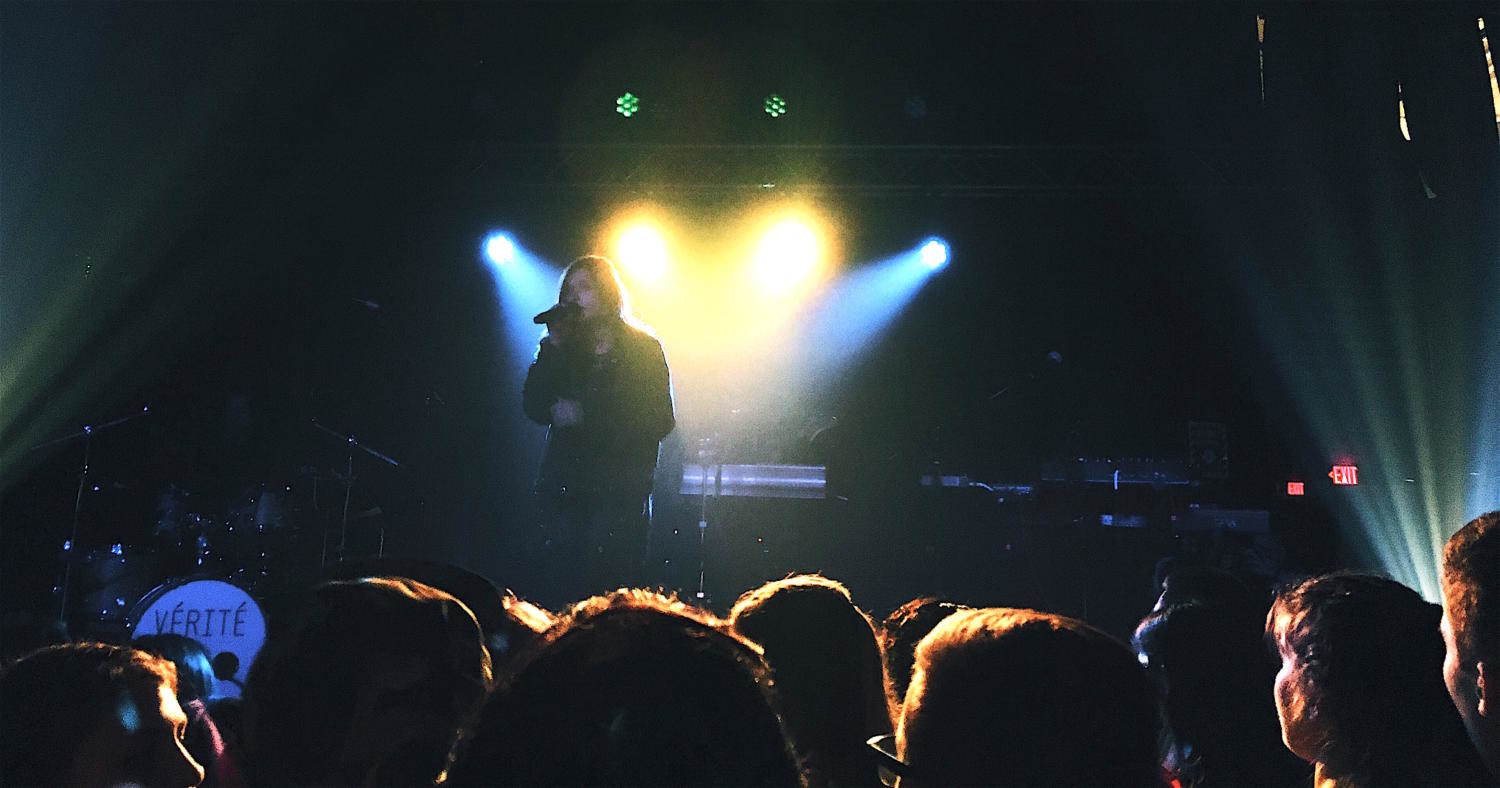 Vérité performed at Brighton Music Hall on Aug. 24, 2017, in support of her debut album, “Somewhere in Between.”

As the lights dimmed in preparation for Vérité’s show at Brighton Music Hall on Thursday, one song of hers began to course throughout the room. Fans of Vérité sang along, while other onlookers danced. One teenage girl in the crowd lifted her phone in the air, close to the speakers, and Shazamed the song.

The crowd at the all-ages event could not fit into any one category. For the most part, lovers of Vérité and alt music alike clustered close to the stage. Sprinkled among them were casual audience members, and at the back and sides of the audience were a decent number of people who had come to Brighton Music Hall that night for the bar and stayed once the music started.

The room was just big enough to fit the entire audience, all the while leaving space between each person. And even from the throngs of the audience, one could see the details of the stage, from the keyboard and microphone to the beams of light streaming from the ceiling.

The beat of each song, at least, caused the crowd — and even, it seemed, the room itself — to dance. ”

Then Vérité emerged from a back-door onto the stage. Almost everyone was cheering, regardless of how well each person was acquainted to Vérité’s music. Such is the atmosphere of an intimate show.

Dressed in all black, Vérité moved across the stage with ease and experience. Her talent in terms of stage presence carried over into her vocals. She sang live and on key. (Although there were moments when she sang a little too loud, and some people in the crowd had to cover their ears.)

Vérité catered to her audience throughout the show. Between songs, one girl shouted, “I love you!” Although Vérité did not see from where the words had originated, she still replied, “I love you, too!” The audience cheered. One fan turned to the girl who had said she loved Vérité and patted her on the shoulder, saying with awe, “That was for you!”

From the first song to the last, there were both people who knew the lyrics and those who learned them. The beat of each song, at least, caused the crowd — and even, it seemed, the room itself — to dance. From time to time, light swept through the audience. The emotion showed on Vérité’s face as she performed heart-rending songs such as “Weekend.”

For most of the show, however, the Vérité’s music brewed excitement in her audience. Even though many of Vérité’s songs speak to sorrow, her performance did not. Despite the lyrics of The 1975’s “Somebody Else,” of which Vérité gave her rendition, audience members were dancing. Everyone seemed to be having fun.

Vérité is similar to artists such as Melanie Martinez and Alessia Cara in terms of vocals, lyrics, and melody; however, Vérité also stresses beat drops in her music. This combination of singer-songwriter and EDM influence certainly rang clear during the show.

Her final, and perhaps most well-known, song, “Underdressed,” for example, began with Vérité singing with only her keyboard to help. The entire venue seemed quiet and intent on listening. Then, by the chorus, Vérité switched the pace of the song with a beat drop. People cheered and danced as if a switch had been flipped in them.

“Underdressed,” marked the end of the show, but not the night. After one final thank you to the audience, Vérité told the crowd that they would be able to meet her afterward, near the merchandise table. As soon as Vérité exited the stage, many fans headed straight to the already-forming line to meet the artist.

Aditya Gandhi is a correspondent for the Raider Times.