“Jumanji: Welcome to the Jungle” is a remake that gets on a roll 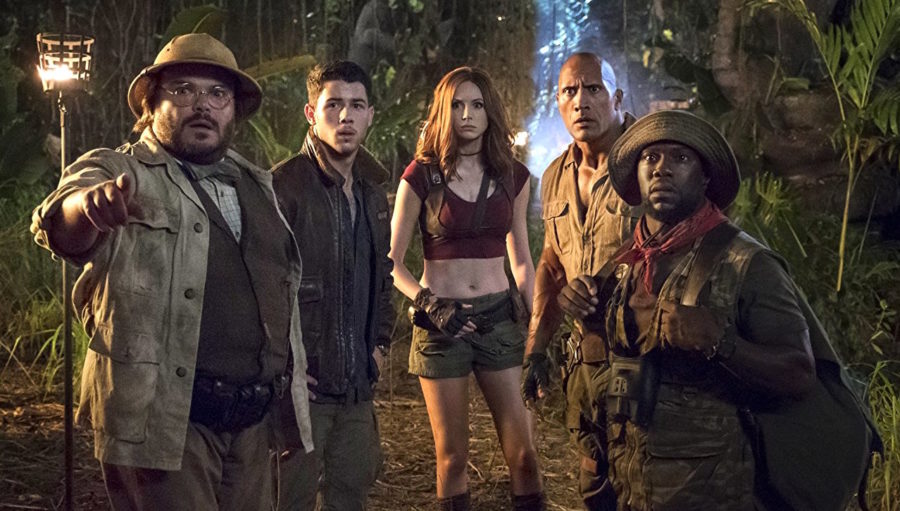 Everyone remembers the original 1995 “Jumanji” movie featuring Robin Williams and Kirsten Dunst. The classic that follows a tale of magic and adventure. The new version of “Jumanji” is fairly similar, only with a modern twist.

As you may remember, Jumanji was a board game and once the dice was rolled, the game could not be stopped until someone won. “Jumanji: Welcome to the Jungle” makes the new story a bit more modern by turning the old-fashioned board game into a video game.

The new movie was hilarious, a few clever jokes placed here and there and a lot of action. The theatre was packed, absolutely full to the brim with people waiting to see the movie. There were people of all ages and you can bet they all laughed throughout the movie.

“Jumanji: Welcome to the Jungle” could’ve had a little more substance, but the action was there to distract to the small lack of plot, but was still very good.

“Jumanji: Welcome to the Jungle,” which is rated PG-13, is just fine for younger viewers. The only things that caught my attention was a few inappropriate jokes, and the action scenes could get a little violent.

The movie did well to have the viewer just have  a good time and leave satisfied, leaving with the feeling of adventure and little mystery.

If you are looking for a hilarious action-packed movie, then this is the thing for you.