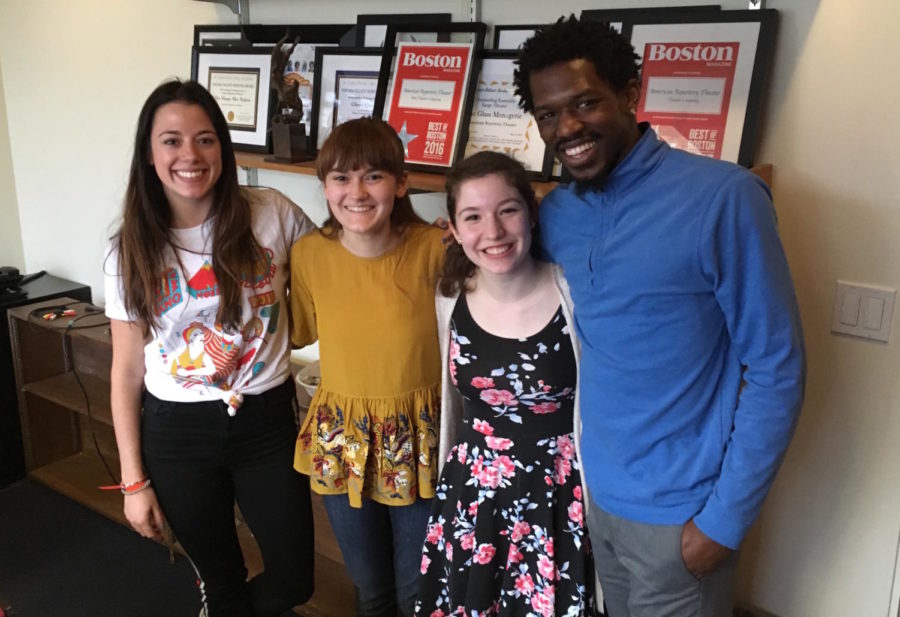 Yeman Josiah Brown and Kelsey Orem are the two swings covering a new musical — a show featuring Alanis Morissette’s music and a book by Diablo Cody — that had had its world premiere this month at the American Repertory Theater in Cambridge.

A swing, in the theater world, is a member of the company that is responsible with learning multiple roles in the show, chorus and dancing, and covers cast members, specifically understudies, by performing in their place. To summarize, swings arguably play the most important role in keeping a show running, even though they are sometimes seem, as Orem put it, as the “underdog position of musical theater.”

Brown and Orem are in the company of “Jagged Little Pill,” a new musical that holds the same title of the Alanis Morissette album used as the score of the show.”Jagged Little Pill” opened May 5, but before that little was known about the plot; all that was known was that the show follows a family and covers many of the current issues and struggles in today’s society. In addition to Brown and Orem, the cast consists of Broadway alumni such as Elizabeth Stanley (“On the Town” and “Company”), Derek Klena (“Anastasia” and “Wicked”), and Lauren Patten (“Fun Home”).

Orem and Brown have been together for most of the journey of building this show from the ground up. The two went through the audition and callback process together, each hoping to land a role in this exciting new show, and hoping that they would be able to do it together. So, when it came to the first rehearsal they were excited to see that they would be on this crazy ride together.

Orem and Brown are in charge of covering five ensemble tracks, each roles with different choreography, blocking, entrances and exists, and so much more. So how do these two do it? They each have their own process, but they explained that documenting everything, whether through writing it down or videotaping, has made it easier to digest all of the information. Not only that, but the opportunity to get up and move through the blocking and choreography with the whole cast in rehearsals allows them to have the information in not only minds, but also their bodies.

Brown and Orem have also had to deal with cuts, changes, and moves throughout the development of the show, and were expecting more as the show continued through tech week, hence their words to live by” “Hold on tightly, let go lightly.”

Similar to theater fans and Alanis Morissette fans alike, Brown and Orem are incredibly excited for the show and the ability to share it with an audience. They emphasized the importance of the Alanis Morissette music and lyrics, as well as the arrangement by Tom Kitt in relation to the show, both saying that “people are going to lose their minds,” when they see the show.

Brown and Orem’s overwhelming enthusiasm and love for this show is clearly portrayed when they speak about it, and makes a person who hasn’t seen the show want to instantly buy a ticket. “Jagged Little Pill” is quickly making an impact with many of the shows already sold out, and Yeman Josiah Brown and Kelsey Orem are proving that being the “underdog,” sometimes makes the biggest impact.

(For information about “Jagged Little Pill” or to buy tickets, go to https://americanrepertorytheater.org/.)