Clairo and Garren Sean give heartfelt shows at Sinclair 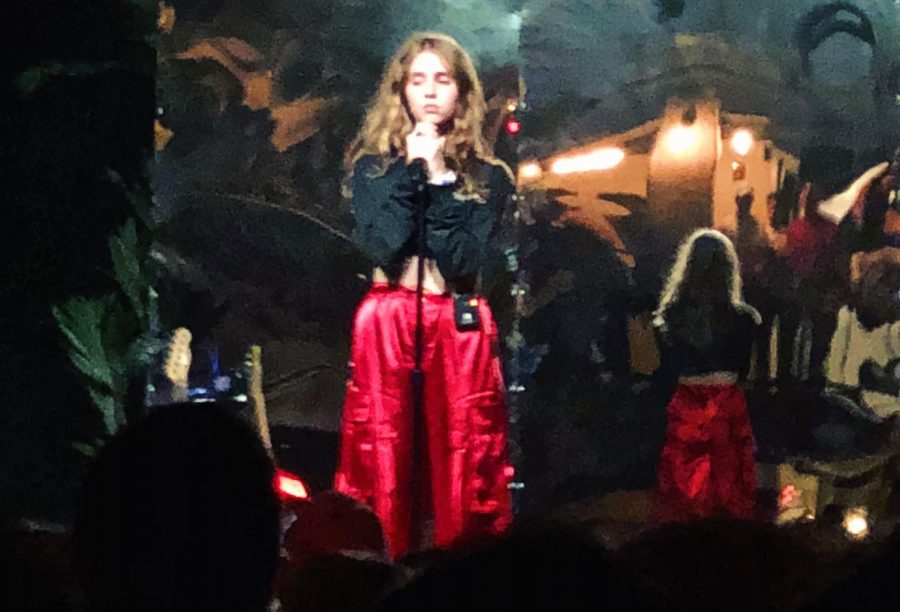 Clairo performs during her set The Sinclair in Cambridge, Mass., on July 20, 2018.

On Friday, July 20, independent artists Clairo and Garren Sean performed at The Sinclair in Cambridge, Mass. Though the two singers may have distinct sounds, they both appeal to a young, fanbase that demonstrated its passionate support.

The two artists shared a simple, down-to-earth approach, which, aided by the small venue’s intimate feel, allowed the show to be cohesive.

Sean began the show, performing various tracks from his latest album, “Sundrip” and his 2017 debut album, “Garren LP”. Given Sean started out on the violin and has even produced for Chance the Rapper, his music draws from across genres and styles. This versatility was on full display at The Sinclair show. The multi-instrumentalist devised his own one-man-band of sorts as, in addition to singing and playing the guitar, he occasionally incorporated drums into his performance as well. He finished out his show, to much excitement from the audience, with his hit song, “There She Go”.

After the concert — during which he profusely thanked his audience for its support — Sean stationed himself in the venue to greet and take pictures with fans. Throughout the night, he went out of his way to show appreciation for those invested in his music.

After Sean’s performance, Clairo, the night’s headliner, and her band began their show to relentless cheers from the audience.

Between songs, Clairo — whose real name is Claire Cottrill — explained to the audience the personal significance of the show and venue. As a native of Carlisle, Mass., she gushed about how performing at The Sinclair — which she dubbed the “SinClairo” — “means the world” to her.

After a dreamy performance of tracks from her acclaimed 2018 EP, “diary 001,” she wrapped up her show, only to be met with so strong an audience reaction that she and her band came back out for an encore. For the encore, she finally closed out the night with her most popular and widely loved song, “Pretty Girl”.