A.R.T. brings a legacy back to life with ‘The Black Clown’ 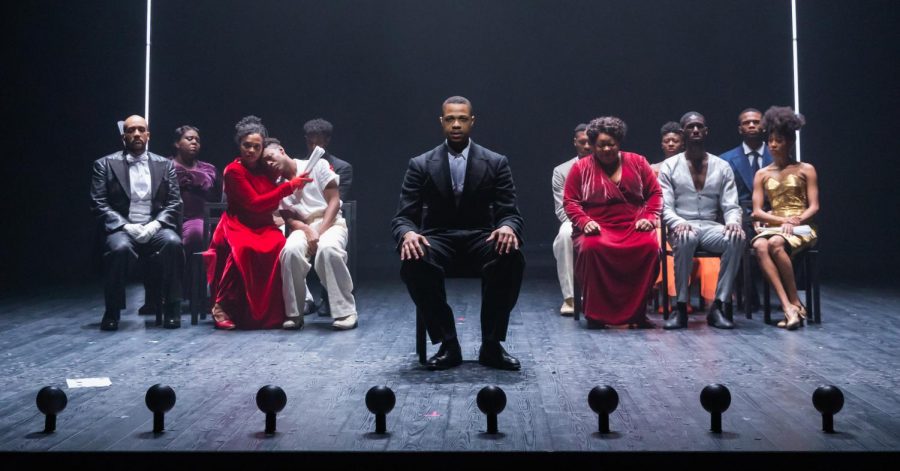 The cast of “The Black Clown,” which is playing at the American Repertory Theater in Cambridge through Sept. 23, 2018.

To many, Langston Hughes was the epitome of the Civil Rights fight for freedom. Through his pen, Hughes communicated the struggle of being an African-American, constantly weighed down by stereotypes and unwarranted hatred. “The Black Clown,” one of his poems, embodies his legacy: his steadfast belief that all people, regardless of color, deserve to experience true freedom. 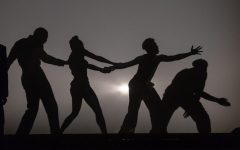 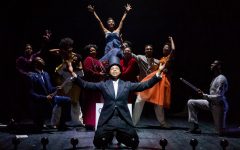 Though perhaps not Hughes’s most famous poem, “The Black Clown” has finally gotten its chance to shine in the form of a new musical. The remarkable American Repertory Theater in Cambridge has once again managed to create a stunning theater masterpiece; led by Davóne Tines, the cast of “The Black Clown” reminds audiences that the fight for freedom is punctuated by struggle, sadness, and loss, but also has the unique ability to unite an oppressed community.

Every single member of the cast has a stunning voice, and the harmonies throughout the show are nothing short of incredible. The technology in the show is also a feat of wonder; the lights, stage, and music interact beautifully to emphasize the characters’ emotions and experiences. It seems physically impossible to tear your eyes away from the stage when the full cast is singing and the lights are beaming down, as if commanding you to listen.

The musical takes the audience through each stanza of the poem, converting Hughes’s words into original songs and breathtaking scenes. Audiences watch in awe as symbolic images are created onstage; an image is truly worth a thousand words when we see the actors singing about supposed freedom, but dancing with chains and ropes that still bind them. We see silhouettes of the actors illuminated from behind a screen; while beautiful, this experience suggests an entrapment and suffering that the audience cannot ameliorate. Such was the pain of Langston Hughes, and now the pain of those who continue to be oppressed; they are seen and heard, but nonetheless kept at a distance.

We see the actors singing about supposed freedom, but dancing with chains and ropes that still bind them. ”

Even more than an immersive experience, “The Black Clown” is a warning and plea to end this terrible reign of hatred and cruelty that has persisted since the time Hughes’s poem was written. It is a call to hear Hughes’s verses more clearly, to understand that all humans must be treated with dignity, but still are not treated justly even in the 21st century.

How dare we pretend that freedom is an automatic right when oppression still exists? How can we ignore the pleas of others? “The Black Clown” tells us again and again that we must strip off our outer shells — of higher or lower class, of privilege or poverty, of skin color and race — and remind ourselves of what it fundamentally means to be human.