“Bohemian Rhapsody” is the greatest foot-stomping movie of the year 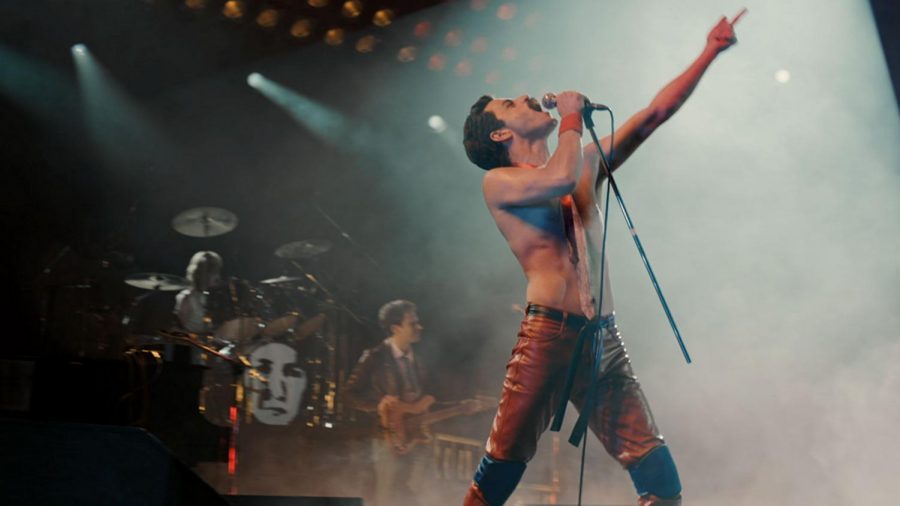 “Bohemian Rhapsody” the tale of Queen reigns as the must-see movie of the fall.

The story of Queen as you’ve never seen before, “Bohemian Rhapsody” captures the voice of not only Freddie Mercury but all of Queen. The film documents Freddie’s origins and the formation of Queen as we know it today.

From Freddie’s clothes to studio scenes, the audience is able to fully immerse itself in every aspect of the hit rock band. “Bohemian Rhapsody” allows the movie watchers to sit front row at Queen’s iconic performance at Live Aid. Showing all of their greatest hits, every audience member has a song to sing along to. The incredible Rami Malek’s physical transformation is indistinguishable from the real-life Freddie Mercury.

Freddie Bulsara — an eccentric, sarcastic, lovable yet hateable aspiring singer — pitches to a sullen band, who had just happened to lose its lead singer. With Freddie’s charisma, a connection formed, and so did a studio album that just happened to be a hit.

In “Bohemian Rhapsody,” we get to see into the creative process of the band members and the awe of the music producers. The song “Seven Seas of Rhye” shoots Queen to be the talked-about hit British Rock band.

After a comedic convincing, Queen begins writing a six-minute ballad in an unlikely studio space. We watch Freddie and his discovering of his bisexuality, as well as his genius writing skills. All members of Queen push their limits in every way possible while recording, a hilarious and memorable scene. We get a first-person view at Freddie Mercury’s downfall after leaving Queen and going solo. Emotional crowds join Mercury as he is diagnosed with AIDS during its deadliest peak.

From Queen’s high of record-setting sales to their lowest low, “Bohemian Rhapsody” never fails to keep your attention. We see into the family of Freddie, which greatly shaped the person he became. As well as seeing his relationship with Mary Austin, in all of its confusing glory.

Altogether “Bohemian Rhapsody” was the greatest movie I’ve seen all year. It’s brilliant use of color and sound make it a must-have experience.

The movie theatre experience should not be passed up, being surrounded by awed audience members is truly amazing. If you have a Queen-loving dad, be sure to take him along. This is a movie for all that are die-hard fans, and for those who may only know a few hits.