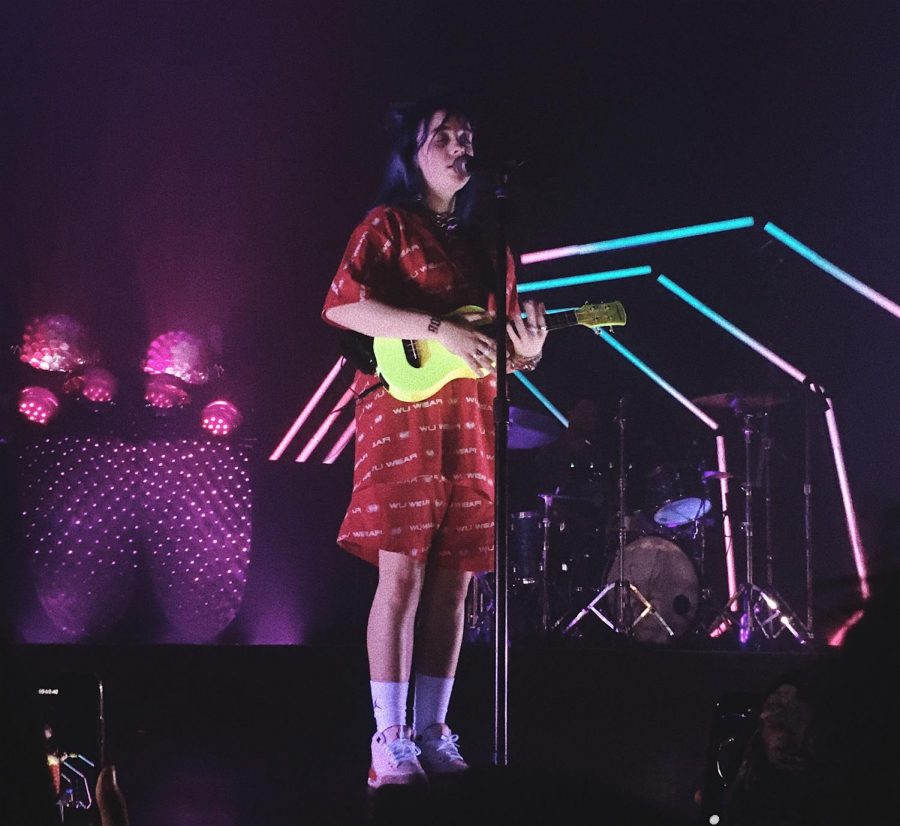 Billie Eilish performs during Boston stop at House of Blues on Nov. 2, 2018.

Billie Eilish, the 16-year-old breakout artist, performed at the House of Blues on Nov. 2, 2018, while on her world tour 1 by 1. Lines wrapped around to the David Ortiz (Big Papi) bridge for the sold-out show. Teen girls packed themselves into the pit of the House of Blues in hopes of being as close to Billie Eilish as possible. Moms stayed in the back near the bar, to avoid all the commotion up front. 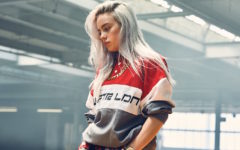 Opening act Childish Major struggled to keep the crowd alive, resorting to singing “Lucid Dreams” by Juice WRLD in order to get the crowd involved in any way possible. Not even the amazing light design or packed venue could make Childish Major shine through. While some of his songs were catchy enough to rap along to, the crowd overwhelmingly felt restless only wanting to see Billie. His performance time was used mostly by the audience to squeeze up front or to get a drink before the real show.

A half-hour of loud chanting later, the lights dim dimmed and Billie Eilish walked out, prompting loud screeches and screams by those around me. While listening to the setlist at home, you might expect a solemn performance by Billie, but in fact the opposite occurred.

Billie Eilish belted, jumped, and ran through the stage with incredible energy. Fans sang along and followed along with her energy, never stopping being fully engaged. The songs hit with a strong punch, alongside the colorful and skilled light design making the show something truly memorable. Fans stuck out their phones and recorded during the favorite songs, and belted out their favorite lyrics.

Billie jumped into the audience twice in her performance, leading to even more screams coming from the front rows of the pit. Billie sang along with her brother Finneas, he also performed as an opening act before Childish Major. Billie made sure to get her fans involved in the performance as much as possible, even instructing them when to jump during one of her last songs, prompting the whole room to shake. Proven through video on the large screen on the mezzanine level, the crowd stayed alive and awake even during some of her sadder slow-paced songs.

Billie ended her show with a bang, performing her hit single “Copycat.” Billie ran around and belted the meaningful lyrics as the crowd sang along with her, the euphoric feeling spreading quickly.

The hour passed by quickly, shocking me to how short the performance was and felt. Teen girls shuffled their way out, running to get a drink or find their friends. The smoke from the fog machines loomed around the room for while later, long lines collected near the merch for both Billie and Childish Major. Last-minute photographs taken, the night was over. A small crowd formed near the exit where Billie would be coming out.  I waited around 20 minutes until I left as it was talking a long time for crew to take out all the set design elements and we were told that she would not come out for a while. I went out for a cold drink desired by everyone after being stuck in a hot sweaty packed room for over an hour.

Billie Eilish’s performance was altogether surprising, coming into this knowing many of her songs only through her Spotify it surprised me to see her large stage presence and energetic attitude. It was very clear to every in that room that Billie loves what she does, and it truly shows in her interactions with her fans. If Billie Eilish were to come back to Boston for another tour, I would be sure to grab myself a ticket.