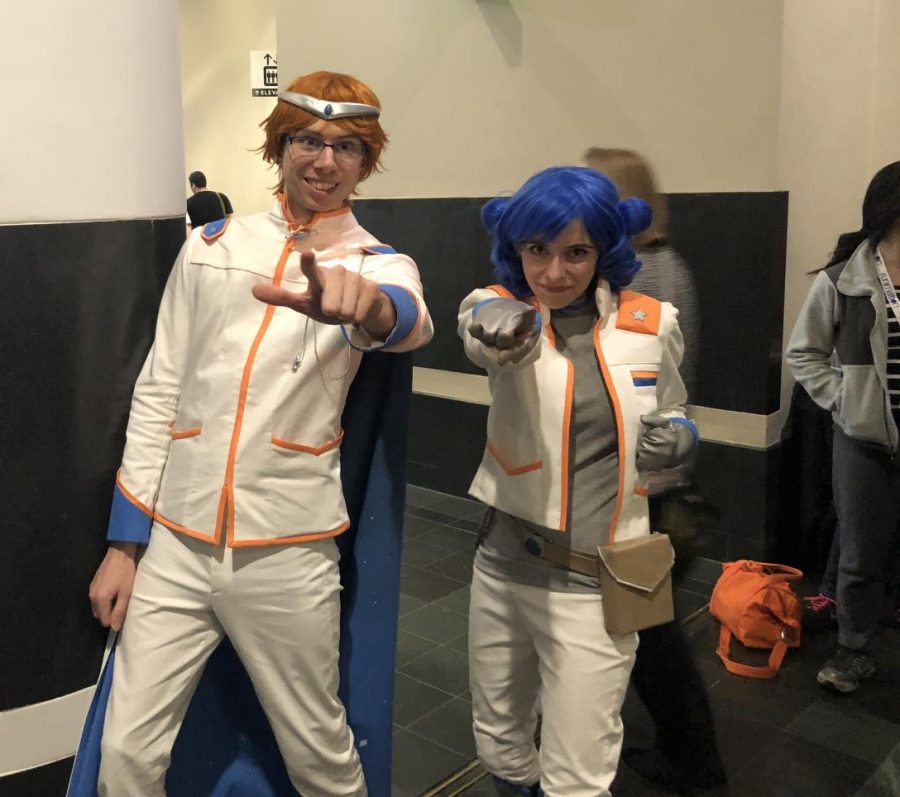 The atmosphere at Anime Boston 2018 was vibrant and exciting. Thousands of anime-lovers gathered at the Hynes Convention Center and the Sheraton to showcase their costumes, attend guest panels, and create their own fan panels, while learning more about Japanese culture, anime, and so much more. Events were fan-friendly; there were several fan panels and cosplay photoshoots. There were many cosplayers roaming not only the actual convention, but also the Prudential Mall, its surrounding streets, and even in the subway.

Other fans who expressed their love of anime through art were in Artists Alley, where numerous artists sold their works. Many small vendors that sold keychains, toys, posters, and other merchandise located themselves in the Dealers Room, which took up two exhibition halls. Anime-streaming companies such as Crunchyroll, Viz, and Funimation set up their own booths in the Dealers Room, attracting long lines by offering prizes for going premium. To top it off, the Dealers Room is where Anime Boston guests such as Monica Rial, Yuji Moto, Kazuki Yao, and Steve Blum sold autographs to long lines of fans.

Activities were plentiful — one could learn how to sew different objects like Tide pods and marshmallow bunnies, or watch anime, old and new. Panels were also fun. Though some were 18-plus and were later at night, the majority of panels during the day were open to everyone.

There were plenty of fan panels that were interesting, but the real events were the guest panels. Anime Boston gets all kinds of guests — from Japanese production companies to English dub voice actors. Every year, the guest list changes; Anime Boston 2018 featured guests such as Brina Palencia, who comes every other year, to those who rarely attend, like J. Michael Tatum.

Every year is a gamble for those who look forward to seeing these voice actors — some years they’re there, others not, and any voice actor can cancel or join last minute, as seen last year when Johnny Yong Bosch joined a week before the convention.

Voice actors held panels discussing their time in the industry or what they’ve been up to (or what they can say pertaining to the public – i.e. Steve Blum’s Blumvox Studios), and they even shared funny stories before holding a Q&A session.

It’s not just guests from the animation industry — there are also guest performers. At Anime Boston 2018, FLOW, a Japanese band who is known for anime opening songs, came to perform their classics, such as “GO!!!”, “Sign”, “Days”, and “Colors”. Fans sang along to the classics and cheered for the band using glow sticks — a common feature in concerts in Japan.

Overall, it was a fun and captivating experience. Anime Boston is a place that I highly recommend you attend. One can meet people from all over the United States and even from around the world. Anime conventions like Anime Boston are gathering places for anime-lovers to meet creators, voice actors, other guests, and each other.

Anime is not just a “Japanese thing” — it’s a great way to tie different people together and unite them.