“An Inspector Calls” transports audience into middle of 1940s mystery 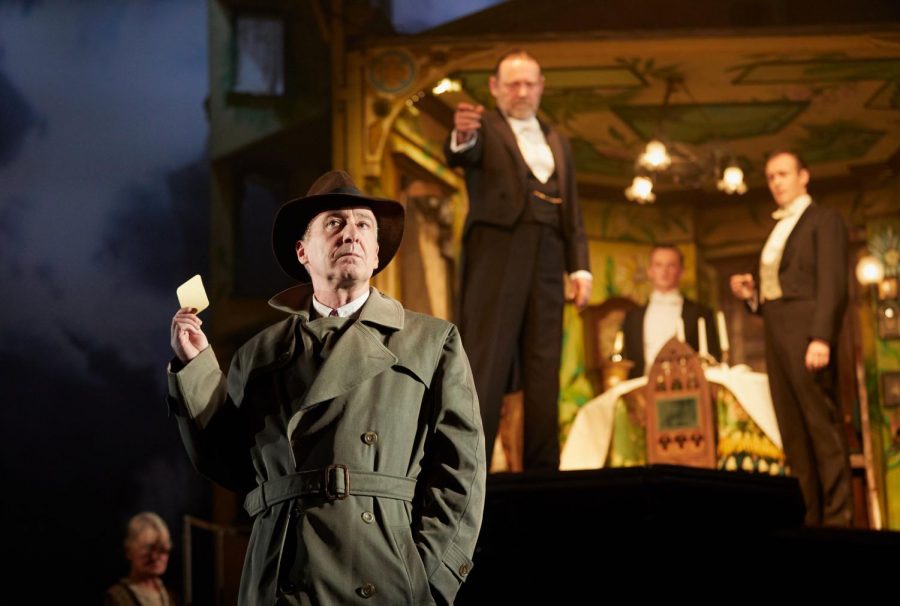 “An Inspector Calls” is at Emerson Cutler Majestic Theatre in Boston from March 14-24, 2019.

The stage is set with three children playing on a rainy, English street while a lively, upper-class family enjoys a celebratory dinner. The children, dressed in rags, are quickly enthralled by the commotion within the house that is set center stage.

A grown man dressed in cliche detective attire appears on stage as the family home opens, revealing a luxurious interior that is set in strong contrast against the poor children playing on the surrounding street. Slowly we are introduced to a multitude of characters representing the upper class and their flaws as the Inspector antagonizes the family in attempts to answer the question: Who killed Eva Smith?

As the Inspector interrogates each family member, we find out more about Eva Smith’s working-class life and the struggles she faced. It becomes known that each of the tragic incidents are eerily connected to the treatment she received from the family in question.

Filled with drama, lies and secrets, “An Inspector Calls” investigates the impact that people have on each other. Beyond the universal message, “An Inspector Calls” at Emerson Cutler Majestic Theatre until March 24 has a striking set that is creative, abstract and engaging. The costumes and props transport the Boston theater to the 1940s in a flawless and subtle way.

Every actor on stage did a phenomenal job of portraying such a dark, yet classic tale.

The show runs roughly around two hours without an intermission, which could make it difficult for some to sit through. However, if you appreciate mystery, theater, or social commentary, you will be engaged from the minute the curtain opens until it closes.

(“An Inspector Calls” at Emerson Cutler Majestic Theatre in Boston from March 14-24, 2019. For information or tickets, go to www.ArtsEmerson.org.)