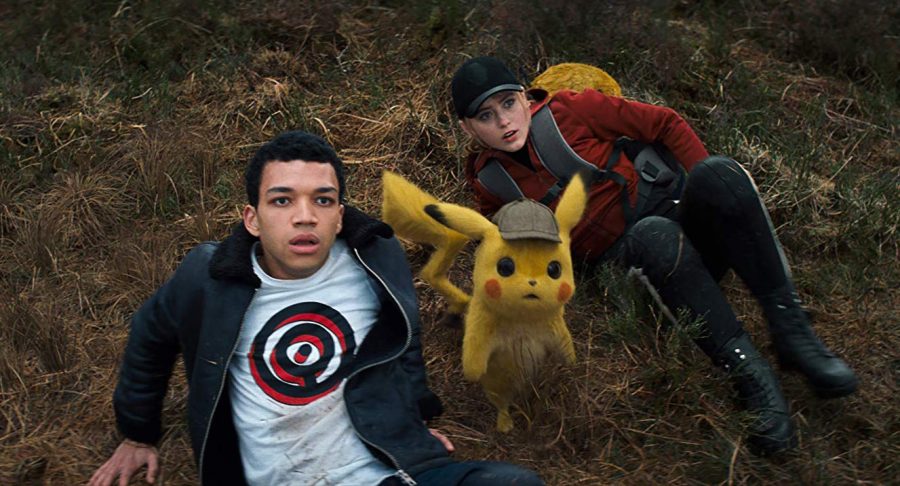 As a longtime Pokemon fan and with “Pokémon Detective Pikachu” being the very first live adaptation of a Pokemon game, I was very worried initially. Video-game movies tend to have a bad rep when it comes live action because how can a filmmaker take out the immersion of playing the game while also giving the feeling of enjoyment to the viewer.

This movie could have just focused on the special effects instead of story, or the opposite can easily could happen. What I’m glad to share is that not only is this film a spectacle to watch for the effects alone, but also the story is still just as sound, and you can feel that a lot of heart put into the film.

In “Pokémon Detective Pikachu,” Tim Goodman finds a strange Pikachu who’s a detective. Even more weirder is that Tim can somehow understand Pikachu. The two embark on a investigation to find out what happened to Tim’s missing father in the unique Ryme City.

First thing first, let’s go over how all the casual Pokémon and hardcore Pokémon fans will hold up. Well good news is that all the effects in this film are really amazing. You can see all the little mannerisms each one of them has by just seeing for a few seconds on screen. Longtime fans can see the Easter eggs and references galore when it comes name drops or all the many things in the background.

The Pokémon mixed in society feels natural and not too jarring for anyone who does not know what a Pokémon is.

The second thing: Does the story hold up on its own? The story, while good, is somewhat predictable with key things being foreshadowed. While predictable, it does lead to some really heartfelt moments as it tells a tale about feeling lost and not giving up yet.

For a Pokémon movie, the story is better than most, although there could have been some stuff worked on, but not enough to ruin the film for anyone.

For the third thing, let’s go over the two key actors in the film. Justice Smith as Tim Goodman did a really great job as the main protagonist showing his awkwardness and his mournfulness toward losing his father, while expressing a wide variety of emotions. Ryan Reynolds as Detective Pikachu just steals the show with his quick banter, and the scenes between him and Tim bring a ton of cute and funny moments. He also knows when to stop for more serious and emotional scenes, so he does not feel like he’s just only in the movie for comedy relief.

After many years of trying to get a good video-game adaptation, “Pokémon Detective Pikachu” does what most couldn’t and for that I give it a 9 out of 10.

Johann Mendez is a member of the Raider Times staff.