‘The SpongeBob Musical’ a silly idea, so wonderfully done

Bikini Bottom comes to Boston for the first time with musical masterpiece playing at Boch Center through Oct. 27 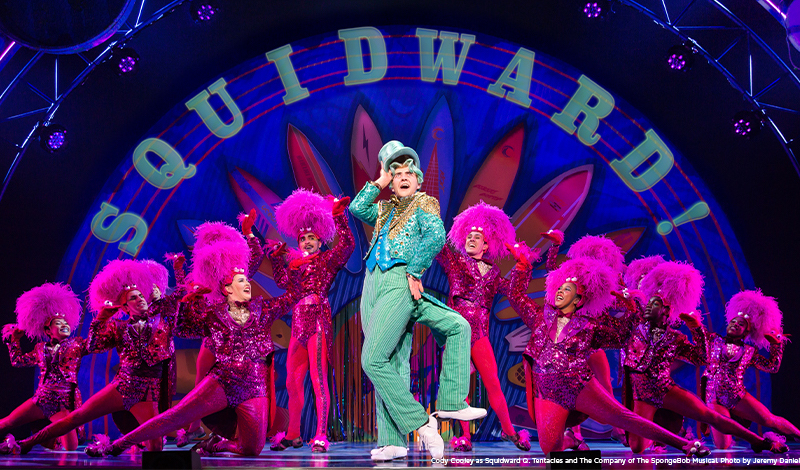 SpongeBob SquarePants and his friends -- including a tap-dancing Squidward -- come to life in "The SpongeBob Musical" at the Wang Theatre/Boch Center in Boston through Oct. 27, 2019.

Everything is being turned into a musical these days, but they can’t be any good, can they?

I first heard about “The SpongeBob Musical” from my mother, she saw it in a news article. I openly admitted that it was going to be stupid and there’s a certain line not to cross and Spongebob jumped 10 feet past that line.

However, a few months later, my best friend was raving about the soundtrack. The songs in the soundtrack, although lighthearted and bubbly, were all composed by very popular bands and artists, including Panic! At the Disco, Aerosmith, Lady Antebellum, Sara Bareilles, and John Legend.

It wasn’t until that same friend had seen the show on Broadway that I was convinced. She went crazy over it, even going so far as to cry when it was over. So when I was given the opportunity to see the show, I was ecstatic to make a decision on my own and see what the fuss was about.

Let me say, it deserves a fuss.

The costumes and sets were gorgeous and intricate, the music was fun, and the cast was very talented. The show started with the cast and some of the musicians on stage dancing, while giving an instrumental introduction as we were seated. You could tell everyone was having a great time and not taking themselves too seriously. The vibe in there was, for lack of a better word, chill.

The show itself, from start to finish, was enthralling. The colors on stage only embellished the already fantastical world the actors brought with their energy.

So, yes, a “silly” idea for a show can actually be meaningful and interesting. One of my worries was that the show may be too childish, but I found it was a perfect mix. Much like the cartoon itself, the show was sprinkled with adult jokes along with the goofy ones. It seemed to be enjoyable for all ages — not just something a parent dreads having to go to with their child, but something they can enjoy as well.

If executed well, I think any idea can be shaped into a masterpiece, and “The SpongeBob Musical” proves this point.

(“The SpongeBob Musical” is playing at the Wang Theatre/Boch Center in Boston through Oct. 27, 2019. For information and tickets, go HERE.)