“Frozen II” warms even more hearts than the original 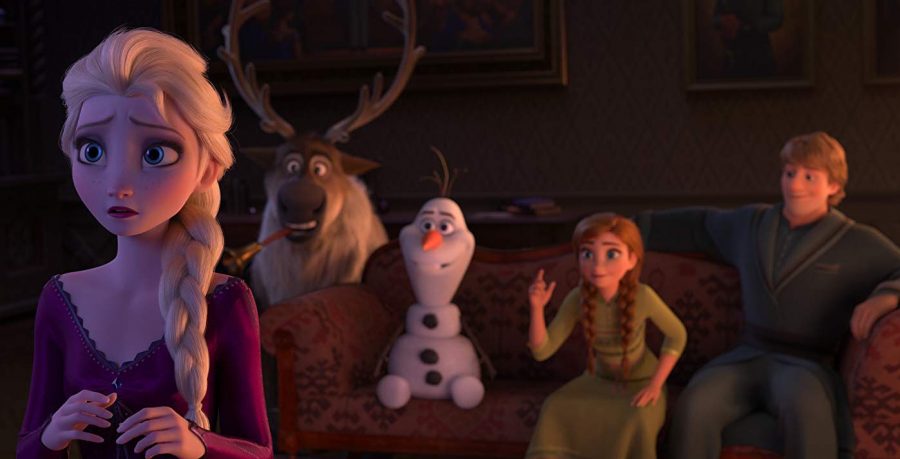 Plenty of familiar faces are back after six years for "Frozen II".

“Frozen II” is yet another touching story about the two sisters, Anna and Elsa, saving Arendelle once again by making peace with the Northuldra people, with yet another amazing soundtrack. Though it may seem that this movie is meant for young children, “Frozen II” is fun for everyone.

The sequel is targeted at the now-teenagers who were around 8 years old at the time of the first movie.”

Disney sequels don’t have the best reputation in the cinematic world, however, “Frozen II” could be called as good as, or better than the original. The detailed animation is beautiful, between the animation of the characters’ clothes and the scenery around them. The new songs are incredible and surprisingly unlike the other movie’s, though still featuring the voices of Idina Menzel as Elsa, Kristen Bell as Anna, and Josh Gad as Olaf. This soundtrack is chills-inducing.

One of the best parts of this movie is that you don’t need to see the first “Frozen”! This movie will definitely be a hit across the states. Similar to the “Toy Story” trilogy, the movie has grown with the original target audience. The sequel is targeted at the now-teenagers who were around 8 years old at the time of the first movie. The depth of the plot had grown with the target audience.

People have been waiting for this movie for six years, and it was definitely worth the wait. There are new characters introduced and new details revealed about the already existing characters of the franchise. Though if you’re looking to stay home to see the film, the wait isn’t over yet as it will be coming out on DVD and on Netflix in February 2020 and it will be on Disney+ the summer of 2020.

Casey Master is a member of the Raider Times staff.

Karen Guler is a member of the Raider Times staff.