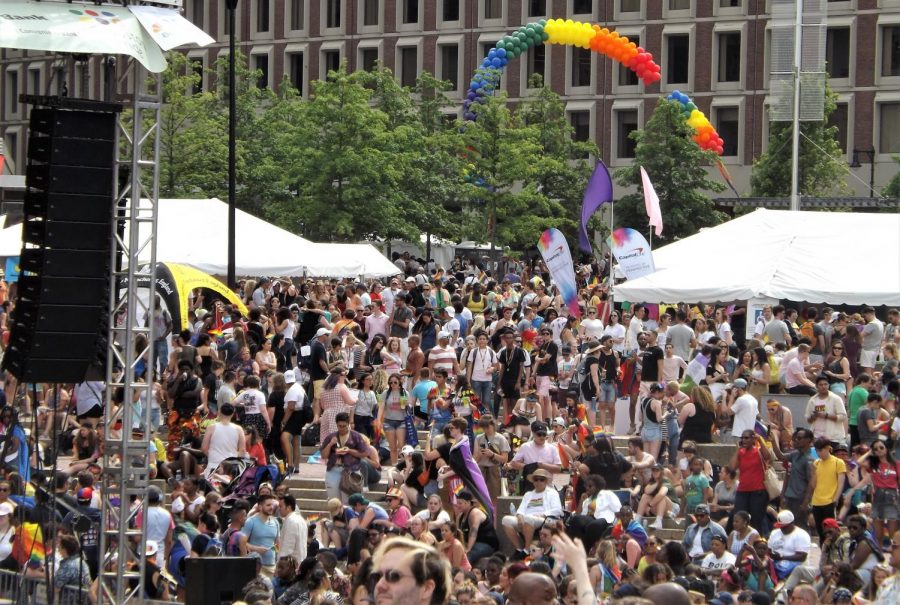 June is LGBT Pride Month. LGBT+ events can be witnessed all over the country during that time. The events are known for raising awareness and celebrating people of varying sexual, romantic, and gender identities.

LGBT+ rights have come a long way since the Stonewall Riots. Pride — including the recent Boston Pride Festival — celebrates those victories for the movement and continues the line of activism, education, and awareness.

There’s a reason why June, specifically, was chosen to represent LGBT Pride. It’s in honor of the Stonewall Riots, which started on June 28, 1969. It all went down when police had raided a NYC gay bar called Stonewall Inn at 3 a.m. The officers made multiple arrests for employees selling alcohol without a liquor license. They also made arrests off of laws that allowed anyone not wearing a certain amount of gender-appropriate clothing to be taken into custody, and laws regarding the asking/offering of same-sex relations.

That alone didn’t cause the uproar of the riots. Police appeared to have been targeting gay bars in that area for some time — making raids, arrests, being violent, and emptying the bars. These were places that many viewed as their only safe space.

After Stonewall Inn was raided, people started chaotically protesting — and eventually forced  the police officers to barricade themselves inside the bar. Protests continued for few days, and the Stonewall Riots have come to be known as the first major LGBT protest.

To celebrate the anniversary of the Stonewall Riots, the first Pride Parade occured in 1970. The organization of that first parade is believed to have been done by Brenda Howard, a bisexual LGBT activist.

Eight years later brought about the creation of the Pride Flag, also known as the Rainbow Flag. It was created by artist Gilbert Baker. Each color in the flag was supposed to represent a different aspect of the LGBT community: Sex (pink), Life (red), Healing (orange), Sunlight (yellow), Nature (green), Magic (turquoise), Serenity (blue), and Spirit (purple). Over the years, the pink and turquoise stripes on the flag were dropped mainly due to production difficulties.

Those rainbow flags could be seen all around during the 48th Boston Pride Festival, which happened at Boston City Hall Plaza on Saturday, June 9, 2018. People, stores, animals, and buildings all featured the colorful designs. People were also sporting a variety of other flags for their sexualities and gender identities — transgender and bisexual seeming to be popular, though some asexual and pansexual flags could also be spotted.

Boston Pride had a diverse crowd. Ages ranged from babies with their parents, to generations old enough to remember the Stonewall Riots when they happened. Some added fun wigs, hats, or leis to their outfits. A few people were dressed in drag.

The crowd also held varied opinions on why Pride mattered to them. Here’s what some of them had to say:

“We liked seeing all of the companies and their staff out supporting. We were looking at the Dunkin’ Donuts float and we thought that was really great that a company would openly support pride and – I don’t know – take time out of their day to do it. So that’s kinda cool,” said Evelyn Mesler, a female student who was sitting with her friends to the side of the festivities.

“I’ve done a lot of Prides and at the table when you’re tabling it’s just really fun to talk to a lot of different people during the day. Find out what they’re doing, talk to us obviously about our organization, and you really kind of find out so many different reasons why other people are here. I enjoy that part, just talking to the community members,” said Ellyn Ruthstrom, with SpeakOUT Boston.

“I feel like this year is not as like a political ad for every single candidate that’s running for office, which I think is pretty good. Though it’s important to keep things politicized – I don’t know. Time and place. I don’t know. It just feels a lot more like happy all around,” said Grace, who was sporting a rainbow tie- dye shirt and colorful eye makeup

“What does it mean to me? When I think of Pride, I just think happiness and I feel like it’s just so inclusive and I think that’s just … that’s what I think of it,” said Bree, who was wearing rainbow tie dye and sitting with her friend Grace

“Do I have a favorite part of Pride? I guess just personal encounters, one-on-one interactions with people, and the joy people feel of being able to be themselves. And encountering youth. I usually volunteer at Youth Pride, but I didn’t do that this year and so this year I’ve just really enjoyed encountering high school kids, college kids, and other young adults who have been coming up and engaging and just being themselves. Because it’s very wonderful to see people be able to just relax and be themselves and celebrate that,” said Mairead Murphy, who was with the Boston Area LGBTQ Roman Catholics.

“For me, it’s more like my favorite part is that I feel safe where I am right now. And I feel comfortable just walking around being me,” said Edgar, who was sitting with one of his friends.

Kirsten Aucoin is a member of the Raider Times staff.