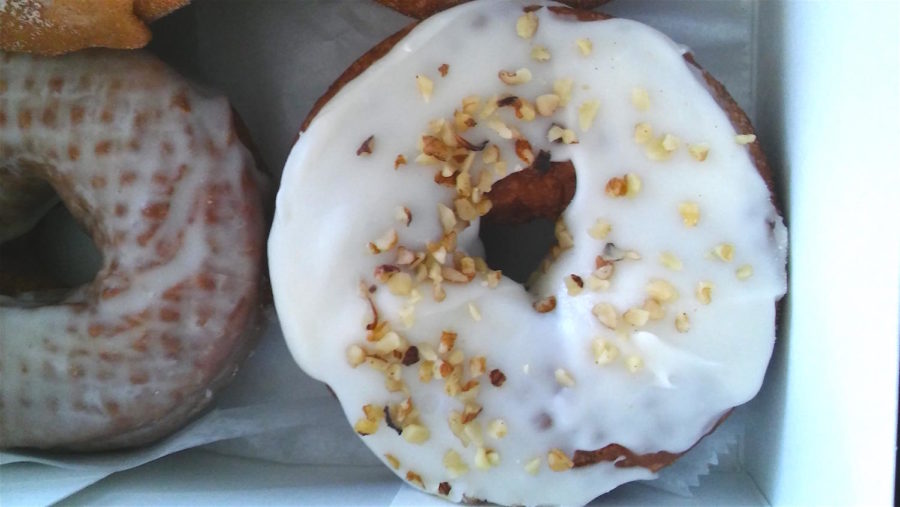 Do you ever get tired of eating the same old things? Do you only get fries from McDonald’s? Do you only get donuts from Dunkin’ Donuts? I have a solution for that second question. If you are ever craving donuts but don’t want to go to your usual place, head over to Kane’s Donuts. I promise, you won’t regret it.

(Hey, you can place your vote here!)

First walking into the store, I noticed that it was artsy with pictures of — Can you guess? — donuts around the room. On one wall, there was a picture of coffee beans and the letters of the word “love” on them. The small space was made bigger by windows that showed the customers a view of the street. 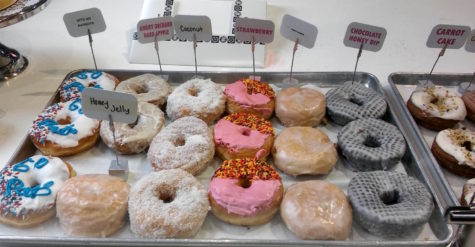 Now, onto what everyone actually cares about: the food.

Kane’s Donuts are handmade with local, fresh ingredients that produce some of the best donuts I have ever tasted. There were a wide range of donuts, such as Cinnamon, Pumpkin, and Angry Orchard Hard Apple.

Although all were very good, my personal favorite was the Carrot Cake donut. It has perfect blend of the carrot flavor without making it overpowering and it is topped with a bit of cream cheese frosting and walnuts. 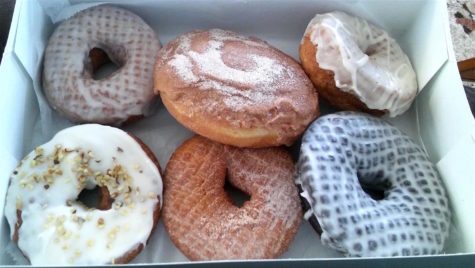 The donut itself isn’t dry as other donuts might be, but is moist enough to be enjoyable. When you take one bite and all the parts of the donut come together, it tastes amazing without being too sugary. The minute I took a bite, I knew it was going to be my favorite. I fully recommend this donut when you find yourself at Kane’s Donuts. 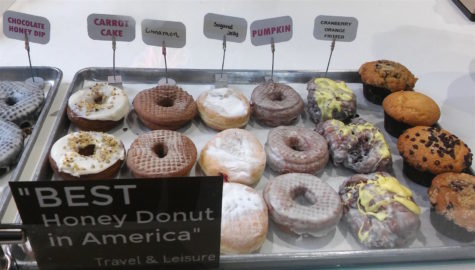 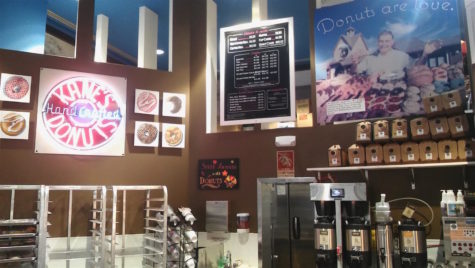 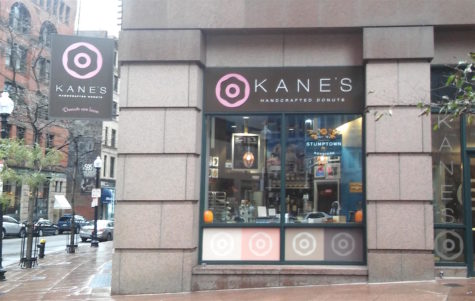 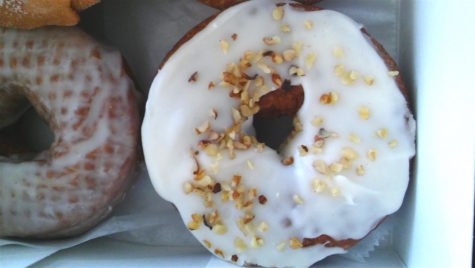 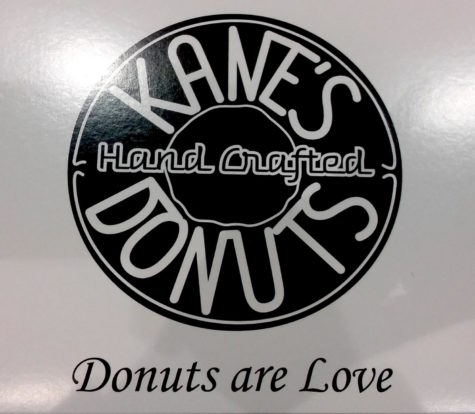