James Franco: an inspiration to just about everyone

James Franco has been a true inspiration. The fact that he is talented in so many fields shows he hasn’t given up his life for fame.

Knowing his passions and interests in the things he loves haven’t gone to waste is enough for me to not lose hope in what I want to be. I mean if Franco has achieved careers as an actor, film director, screenwriter, producer, film editor, teacher, and author then I can certainly pursue something I love!

At 35 years old, his resume is not only acting credits.That’s not the case for a lot of people, especially A-list actors.

During high school he was a troublemaker, causing him to be a ward of the state and getting arrested. Franco enrolled at the University of California, Los Angeles, but dropped out after his first year. He re-enrolled at UCLA in autumn 2006 as an English major. He started taking acting lessons while working at McDonald’s to support himself.

In 1999 he got a leading role in “Freaks and Geeks,” which only lasted one season due to low viewership. Franco got a lead in the 2000 movie “Whatever It Takes.” Franco did everything he could to understand the roles he would be playing in movies. For the James Dean (2001) biographic film, he started smoking two packs of cigarettes a day and watching and reading everything James Dean.

Franco’s movie “127 Hours” (2010) was based on the real life story of Aron Ralston, a mountain climber who goes to extreme measures for survival while his hand is trapped under a boulder in the canyons of Utah. During the five weeks of shooting, Franco would only leave his gully for the bathroom.

On top of his amazing acting career, he has taken the multimedia artist concept to a whole new meaning. Franco has directed a documentary called “Saturday Night,” which gained more attention than he had anticipated since it was for his students at New York University. He has directed short films and has written short stories featured in many magazines. He screened a multimedia project entitled “Three’s Company: The Drama” which appeared at the 2011 Sundance Film Festival.

As a filmmaker he created “The Broken Tower,” a 90-minute docudrama. It was also his masters thesis. Franco is also a blogger for the Huffington Post.

In September 2012, Franco announced his band would be releasing its first single. In March 2013, Franco received a star on the Hollywood Walk of Fame.

His education is just as impressive as his acting career. Franco attended graduate school at Columbia University in its MFA writing program; New York University’s Tisch School of the Arts for filmmaking; and Brooklyn College for fiction writing all at the same time. On top of that, he was involved with a low-residency MFA Program for writers at North Carolina’s Warren Wilson College as well.

Franco received his MFA from Columbia in 2010, is a PhD student in English at Yale University, and also attended the Rhode Island School of Design.

Franco said, “I’m studying things that I love, so it’s not like it’s a chore.”

Franco does not stop there: “Aiding others is the key to life, the key to happiness and, as an actor, you can get wrapped up in yourself and your career,” he said. “A little secret is one of the greatest ways to break that is to stop thinking about yourself for a second.”

So there, he also gives back through his humanitarian work and supporting of many organizations. He received the Piaget Award of Inspiration for his humanitarian work and contributions to men’s style. In 2013 Franco received the “Ally Award” at the 15th annual Miami Gay & Lesbian Film Festival. He was presented the award in recognition of his unwavering support of the LGBT community.

There you have it! From his rebel high school years to aspiring acting career to his never-ending years in school learning, I give you James Franco, an all-around success.

He is the ideal renaissance man of the 21st century. Franco is an inspiration, just look where he started out and what he has accomplished. There’s little we know about just what he’s planning. He is constantly surprising the world with his talents. 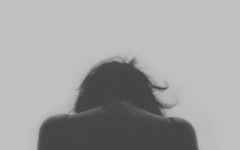 Opinion: If you’re not worrying about Net Neutrality, you should

A lot of people are freaking out about Net Neutrality -- you should be, too, especially if you love the internet. Net Neutrality is a principal tha...

“Senioritis” is a silent killer

We’ve finalized our resumes, sent out applications, and crossed our fingers that the admissions board at College XYZ finds us perfectly qualified. B...

A eulogy for Free Time

I stand before you today to pay my respects and to say goodbye to my recently departed fried, My Free Time. On a recent Monday, this valuable and irre...

Turning off the technology is a powerful feeling

Technology. A blessing? A curse? Or something in between? The recent increase in technology usage can be seen in different lights. Some ma...