No technology, no problem: Chess and Checkers Club a hit at Watertown High 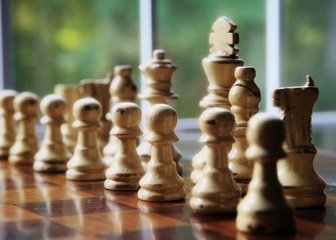 On certain days of each month, the students in Classroom 253 at Watertown High School buzz with excitement for a special reason: chess.

Yes, you read that right. I’m talking about the age-old games of chess and checkers, from the pawns to the queens to the red and the black.

In this classroom, the game is beloved by all who play, and these wonderful students are taught by none other than Brian Foye, the co-founder of the school’s aptly-named Chess and Checkers Club.

In late 2017, the club was founded in a joint venture between a longtime history teacher, Norman Destrempe, and Mr. Foye, an English teacher for special education students. Fast forward to 2019, and the end result became a smash hit, with people almost lining up outside the door to play chess with their friends.

Mr. Foye believes chess and checkers “can solve a person’s problem-solving skills,” and decided to found a club that would “enhance the skills of veteran players, and develop the skills of novices.” He also stated how it felt “really good to have students access a hobby that doesn’t require technology — unless you play on the computer,” and how chess games could be compared to a human’s life, and like wrestling, in terms of “playing each game a different way, and improving your strengths each time you do it.”

A certain question, which I could not resist the urge to ask, was, “if you could trade your life as a teacher for a life as a professional chess player, would you do it?” His response was simple: “If I had the skill to do it, I would definitely take the chance. You can make a living off of being a chess champion, you know, and there are very good prizes involved, too!”

Dante Greco is a member of the Raider Times staff.