Surprises at Watertown High come in the form of more freedom, more homework 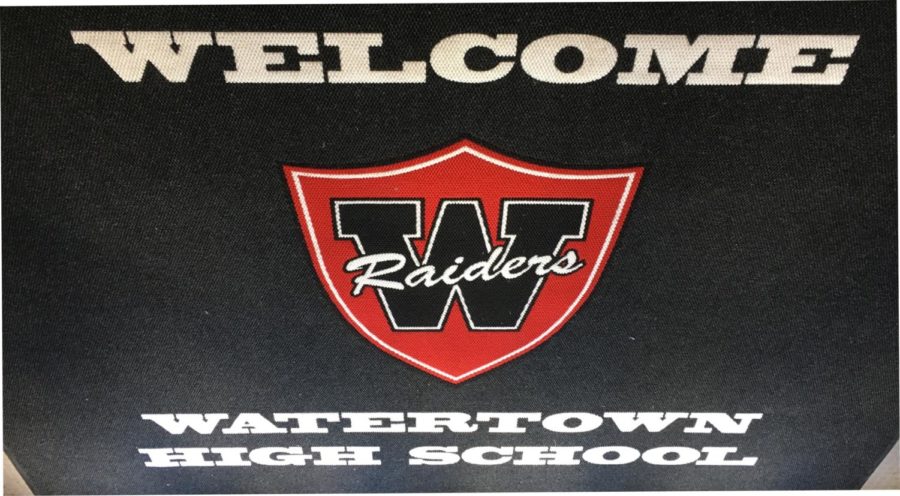 “I was expecting it to be like a Netflix original movie.”

“It’s exactly as I expected it to be, because this [expletive] is boring as hell.”

“It’s pretty much what I expected … the people are cool, and I’m having a great time.”

These are among the responses that Watertown High School students across all grades said when asked their expectations and anticipations for high school — and what they received.

It’s not what I expected, because I thought that the teachers would be way more strict.”

As the school year begins to pick up speed, new students are starting to see how accurate their expectations were.

For some, what they anticipated was spot-on. For others, not so much.

Several people thought it would be like the anecdotes they had heard about high school, horror stories about unreasonable teachers and piles of homework, and were pleasantly surprised when it wasn’t.

“It’s not what I expected, because I thought that the teachers would be way more strict,” remarked Anna Hermans, a freshman.

“I feel like they’re a lot better than what I was expecting, because eighth-grade teachers would say, ‘You have to be so prepared for this, it’ll be the worst thing ever…’ but it’s not, really. [The teachers] are kind.”

Many students had some things that they didn’t expect that they were pleasantly surprised by. People were surprised by how much more freedom there is at the high school than middle school.

Classmate Isiana Romei said, “Yes, there’s more freedom! You can use your phone during class and lunch.”

Some anticipated it to be like the high schools that were represented in forms of entertainment.

“I was expecting it to be like a Netflix original movie,” said freshman Gianna Wilson Sanchez.

Junior Alique Haserjian said she thought it would be more “socially inclined,” meaning more people worrying about popularity and more cliques, a lot more stressful, like in movies.

Many people responded saying that they were caught unawares by how difficult high school was and its demanding workload.

“I expected that I would have more free time after school,” said Katherine Schick, a freshman. “Instead, I spend all of my free time doing homework… I don’t like it.”

The amount of work high school requires came as a shock especially to the people who expected it to be easier. Like Cecelia Maillis, a junior, who thought it would be less stressful and was disappointed when she discovered it was the same as middle school, except grades mattered more.

Similarly, most people that answered yes to the question thought it would be difficult, too, and got their wish. A smaller minority of students answered that, yes, high school had met their expectations, but for the better, like freshman Sona Taktakyan, who said that it was more fun, that she liked how students had the freedom to use their phones and choose their classes.

While the demands and circumstances of the new school year caught many students unawares, some students’ expectations were more spot-on.

“It’s pretty much what I expected, the homework’s pretty hard, but it’s doable. The people are cool, and I’m meeting new people, and I’m having a great time,” stated freshman Kiran Owens.

In fact, quite a few students remarked that their school lives were even better than what they had expected.

“I expected it to go really slowly and really just not fun,” said Bee Farrar, a freshman. “I’m having a lot of fun and enjoying myself and meeting people, so… it’s going much better.”

Fathima Perez-Cordero is a member of the Raider Times staff.