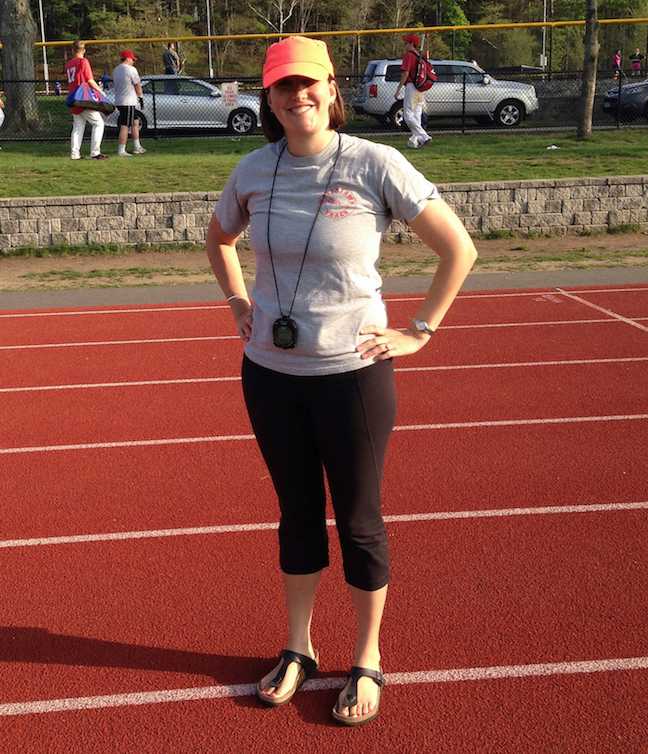 Starting in the spring of 2007, WHS students have had the pleasure of knowing Lynsey Kraemer as a chemistry teacher and a track and cross-country coach. Teaching and coaching gives Kraemer the opportunity to help students develop their own passion, whether that is the subject area or the sport.

She originally got involved with athletic programs after teachers Tom Wittenhagen and David Mastro asked if she’d be interested. Since Kraemer was a runner at that point, she decided she’d give it a chance, and has continued on with the program up to this day.

Surprisingly, Kraemer was a rower, not a runner in college, and had no prior background with track or cross-country. Some obstacles she’s encountered in coaching include trying to find the right path for athletes and keeping kids motivated against teams from larger schools.

“In a sport like track and field, sometimes it’s difficult to figure out what a particular student’s best event might be, since there are so many options,” she said.

A parallel that Kraemer was able to draw between athletics and academics was the importance of learning how to work with others. In both scenarios, students need to be able to interact with and reach a common goal alongside “people they are familiar with and also new students that they don’t know.”

Kraemer’s coaching methods have yielded success for the girls’ teams, particularly in cross-country. She recalls the winning record for the girls’ team in 2013 as the first in a very long time, perhaps even ever, and says that fall was her favorite memory from coaching.

“Coach Wittenhagen can’t remember a previous time when the girls had a winning record in cross country, so that was definitely a very exciting season,” she said.