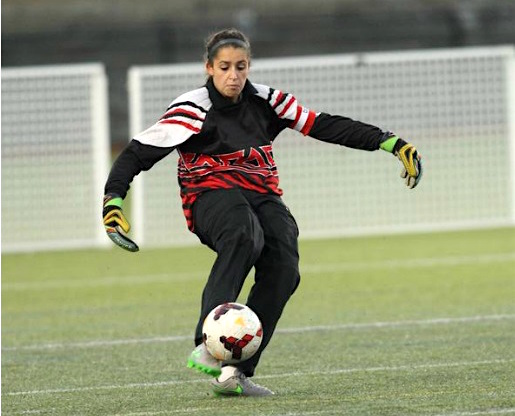 Senior Marissa DiVito has been a lifelong soccer player. She started out at a young age with Little Kickers, though it was more her parents’ choice than her own. From there, a spark was lit and she’s kept up with the sport through her senior year, playing on school and club teams. This year Marissa was a goalie, and though the role was high pressure, she found it to be an exciting position.

Recently, in addition to her growth and success on the WHS girls’ team, Marissa’s helped contribute to a tournament victory with her club team, F.C. Bolts, in a competition in Cape Cod, where the Bolts went undefeated.

Next year, Marissa will be attending Franklin Pierce University to major in physical therapy. Though she won’t be playing for the university’s team, Marissa says soccer will always be part of her life and she encourages others to stay committed to the sport for as long as she did.

Her advice for future generations of WHS soccer players is to “find what you love and keep doing it. Don’t let anyone tell you you’re not good enough to do what you love doing.”