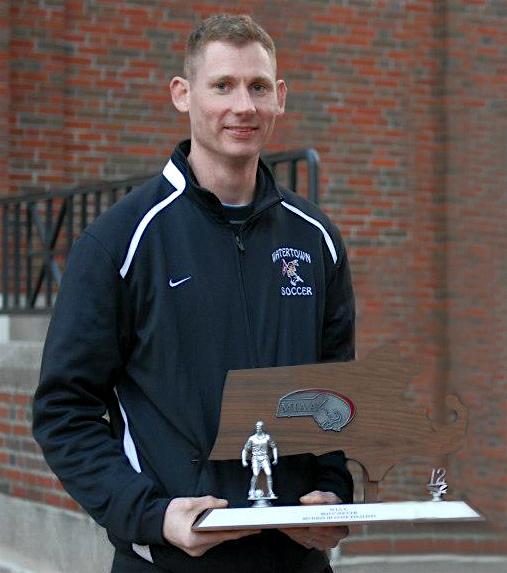 Math master Mike Spillane is more than just a pre-calculus teacher at WHS; he is also a coach of the boys’ soccer team. He took on the position 10 years ago in 2006, and since then has had a crucial role in preparing junior varsity players for the upper ranks.

When asked why he started, Spillane answered, “I wanted to be a little more involved in the school, and I’ve always been a fan of soccer, so I thought that coaching would be a great way to do it.”

Though he never played soccer in college, Spillane has done quite a lot for the town’s program. In recent years, the boys’ team reached the state finale and had back to back North Sectional appearances, a feat that had never been done before in WHS history.

Spillane says those fall seasons during the title runs were his best memories from coaching.

“We made it in the tournament pretty far and got to spend some time with the players,” he said. “We just had a great time.”

But coaching soccer has come with its perks and its difficulties. The most challenging part of the job for Spillane is the timing, as the commitment to practices and games sometimes interferes with other afterschool activities. Above all though, he says lessons on the field connect very much with those he teaches in the high school.

“It’s the same idea, you work hard, you keep practicing, you get better and better,” he said. “You tell a student to do homework, they get better in class . . .  A similar attitude will take you far on the field and in the classroom.”

And having that perspective of a student in multiple settings is a rewarding experience for Spillane. He believes it’s good to a see student in a different light because they excel at different things, and by being a teacher-coach, he gets to understand all aspects of their personality.

Spillane’s favorite part of coaching is that he meets students he wouldn’t ordinarily teach, saying that by “senior year you see students that weren’t in your class but on your team, and you get in a good relationship with them that way.”