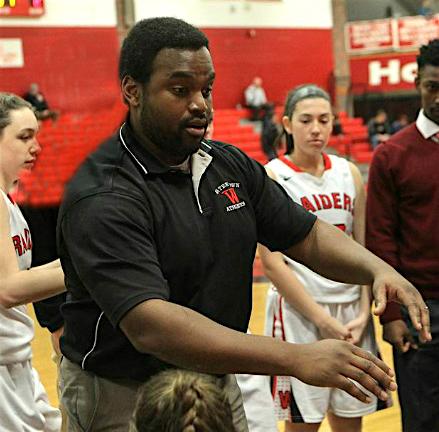 For the past 11 years, educator Pat Ferdinand has been coaching youth basketball, and starting in 2010, he was named head coach of the WHS girls’ team. But before he before he started the job, Ferdinand himself played basketball on a collegiate level at UMass-Boston. Unfortunately, after an injury, he couldn’t continue with the sport, and instead moved on to teaching others how to play.

In the past, Ferdinand organized programs with kids of age groups ranging from first grade all the way through high school, and says he became interested in coaching for our high school when a parent suggested he apply.

“I ended up getting the JV job, but the day of tryouts the varsity coach quit, and I ended up with both jobs.” he explained.

As a coach, the hardest part for Pat is trying to get athletes — and even their families — to understand the sacrifices that need to be made in order for the team to succeed. And this same philosophy, he says, applies to the classroom.

“You have to accept what a teacher gives you that they’re looking out for you,” he said. “The work that you’re given leads to your success down the road, [and] you have to understand that sacrifice needs to happen.”

Ferdinand also mentioned that the notion of balancing priorities extends beyond the courts and school, and affects commitments with family and friends.

He’s certainly done an excellent job in training the girl’s team with this mentality and discipline, as they’ve had many state tournament games over the past four years.

Ultimately, Pat says he has no single favorite moment from coaching, and that a combination of the team’s success and individual players reaching their own potential was an amazing experience.