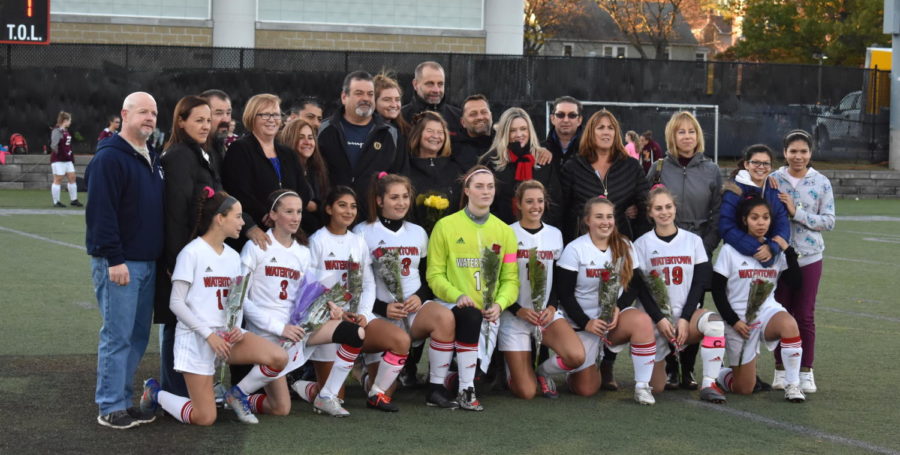 Gallery|15 Photos
Raider Times photo / Natalie Finton
All of the seniors on the Watertown High girls’ soccer team pose prior to the last home game of the season on Oct. 30, 2017.

The Watertown girls’ varsity soccer team played its last game on Monday, Oct. 30, 2017.  There was a ceremony before the game to honor each of the seniors on the team. They played at home at Victory Field against Mystic Valley. They played an amazing game that was tied until three minutes remained and Mystic Valley scored. Although the Raiders lost the finale, the game concluded a great season filled with hard work and determination.