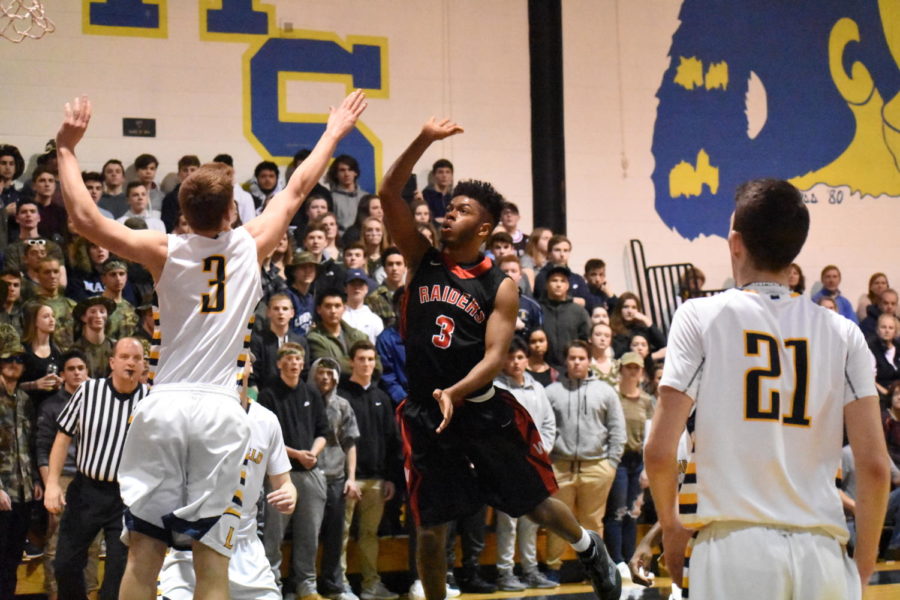 On Saturday night in Lynnfield, the Watertown High boys’ basketball team proved once again that it is capable of making a deep run into the postseason as the Raiders beat the second-seeded Pioneers, 62-44, in the quarterfinals of the MIAA Division 3 North playoffs.

Captain Julio Fulcar dropped 32 points to lead the seventh-seeded Raiders (16-6) to the upset victory over Lynnfield (17-4).

“It’s just being aggressive, and getting to my spots,” said the senior of his success Saturday.

Watertown jumped out to an early lead and never relinquished it. In fact, thus far in the 2018 playoffs the Raiders have not trailed their opponents once.

“[We emphasize our start] every game,” said Fulcar. “When you get out to a good start you’re playing with a lead, and that always helps.”

Head coach Stephen Harrington said the defensive focus was to keep the ball out of Lynnfield’s hands as much as possible.

“We limited them to one shot on each possession, because we rebounded extremely well,” said Harrington.

In the most intense playoff environment the team has played in this season, the Raiders delivered for their fans who made the trip. In a loud, packed gymnasium, the Watertown players were able to stay focused and quiet the home crowd.

The Raiders next face No. 6 Pentucket (16-6) in the Division 3 North Semifinals at a site and time to be announced. Pentucket is coming off an upset victory of their own, knocking off No. 3 Hamilton-Wenham, 56-52, on the road.