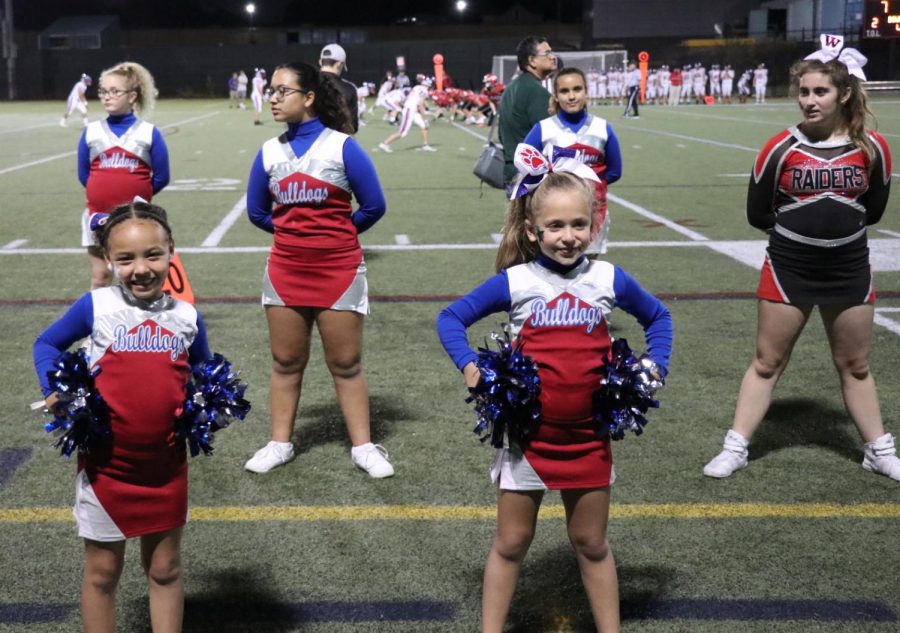 The Watertown High football game with Burlington was filled with excitement! It was the Homecoming game and it was played at Victory Field on Friday night, Sept. 27.

School spirit was located everywhere you looked that night. The crowd went wild when the Raider scored a touchdown. Whether it was people wearing glow sticks and or dressed in school colors or everyone cheering and laughing with the students around them.

Afterward some the cheerleaders explained what their night was like.

“At halftime, we do things like stunt and cheer,” said Carina Delorio, a WHS freshman.

Alyce Judge, another ninth-grader on the cheer team, said, “Cheering was fun and watching the game was fun, too. There was a lot of spirit”.

The game was a fun and intense event. The fans were on the edge of their  seats the whole time because the score was so close.

Watertown quarterback Brennan Cook scored a touchdown in the first quarter, and Karim Monroe returned a kickoff for a touchdown at the end of the second quarter, so the Raiders left the half winning, 14-7. But, unfortunately, Burlington came back in the second half and won the game, 21-20.

It was such a close game and WHS school spirit was there throughout the whole game, and the Raiders could walk off the field with their heads held high. Watertown High (2-1) will be at Victory Field again this Friday to play Wilmington (0-3) starting at 7 p.m.