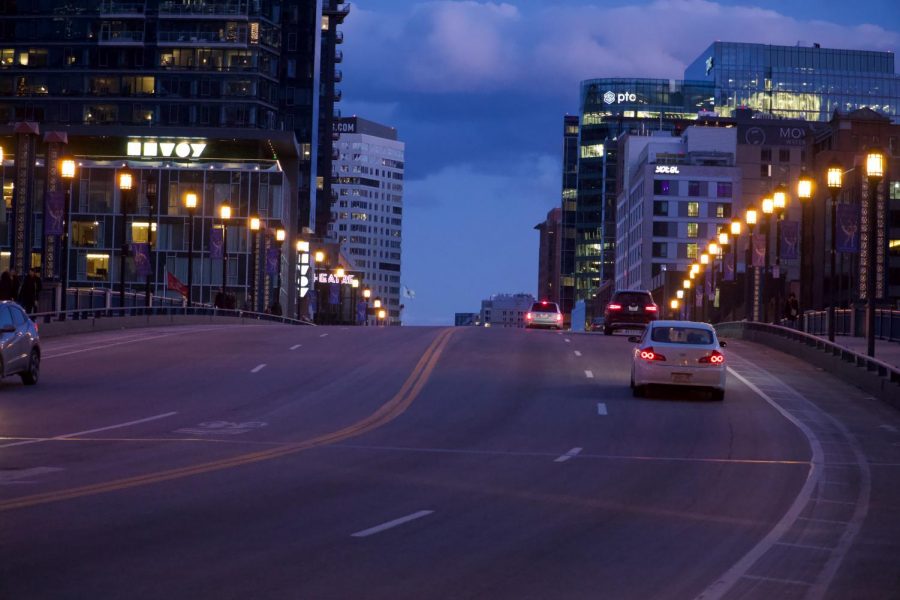 The air was dry as New England turned into an unlivable wasteland. I gripped my rifle as tight as sewn clothes while my dad and I scavenged for food. We looked around at what was once Boston, seeing only buildings that had begun to rust. I could smell the stench of methane which made it hard to breathe. My dad looked at me and began to worry, losing his grip on his rifle. A vulture circling overhead meant one of two things: food for him or food for us.

We ran in the direction of the vulture but stayed out of sight. My dad kept watch while I began coughing profusely from the dust and methane and started to get light-headed. In response to my coughing, my dad grabbed me and pulled me inside of a nearby building. I was unable to hear and could barely see anything. He covered my mouth after sitting me down and kissing me on the head, then left to find something. After I got my bearings straight, I looked around the room. Signs mentioned the year 3000 Presidential Elections for the next leader of the Federation, the only government in the entire solar system.

I closed my eyes, exhausted from my asthma. Just breathing outside was painful. While I rested, I started to dream. I was in my old home near the ocean with my father and mother enjoying the coast. My mother was talking about her new job which had made it necessary for her to move to the new Colony to work on a rig as a Methane Collector on the moon Titan. My dad had reassured me that everything was going to be okay and that he was still here. Then my dream transformed from a serene vision to a twisted nightmare. The news described a major methane leak. This was a disaster. Methane was the main form of power in the system. The leak would cause power outages throughout the city as well as the massive destruction of plants. Then I heard a thunderous bang as I saw the city beginning to burn and collapse.

I woke up from a loud booming sound, mostly likely from a gunshot. I ran outside, not sure what had happened. I could only think of one thing: where was Dad? I looked everywhere, searching, inhaling every last bit of methane and dust. I began to collapse again, coughing horribly, barely able to stand. I saw a black silhouette in the back of my vision. Thinking it was my dad, I walked towards it before blacking out again. The last thing I remember was being picked up.

When I woke up, the first thing I saw was my dad lying dead on the ground. I panicked, unable to move. Stunned, I looked at my surroundings and saw the creature, a being not of this earth, had picked me up. The creature somehow took me to my house. It walked on two legs. In the place of skin, the creature had an exoskeleton like a spider, with hairs coming out of its joints. It was also massive, almost 7 feet tall, with four arms ending in sharp finger-like claws. Its mouth had pointed teeth like a wolf, and six white spider-like eyes peered from its face, but its expression seemed human somehow. The creature was removing parts of the tv, scavenging my house for electronics. I had no idea why. It turned around and stared at me, smiling with its sharp conical teeth, and came closer. The creature then sat right next to me and pulled one of his hands out from behind his back. Terrified, I closed my eyes and began to cry.

Surprisingly, the creature wiped my tears away and then, noticing my heavy breathing, gave me my inhaler. I was completely shocked that the alien that had seemingly killed my father would help me. I did my best to smile before the alien went back to scavenging the area. Smaller creatures of the same species walked into the house and began talking to the bigger creature. In response, the bigger creature ran away with the smaller ones.

Unsure why they fled, I stood up to observe my living room. Almost everything was broken and shredded. I noticed a massive rifle, likely the instrument that killed my father. I walked out of the house and saw a white flash. It was a human transport craft. Methane station guards walked toward me. I panicked, wondering where my mother was and why, four months after the collapse of the city, I was being rescued now. One of the soldiers reached out and injected something in my neck. I was falling asleep. The last thing I saw was the soldier picking me up and taking me into a medical room.

I woke up in a sterile room, dressed in blue hospital clothes and scrubbed clean. I tried to figure out where I was, but there were no windows. I decided to explore the building to see if I could find out where I was. Opening the door, I found my way to a living room that looked as sterile as the room I woke up in. A door opened behind me and I turned towards the sound. My mom! I hadn’t seen her for four months. Then I realized I must be on the methane rig on Titan.

We hugged and before I could even say a word mom started to cry about dad, blaming the creature that saved my life. She didn’t even ask me if I was okay. I had to say something. I went towards Mom and tried to calm her down, telling her to sit. I explained what happened to me and how a creature saved me. She refused to believe me but I insisted that it was the truth. She was trying to find something to blame for Dad’s death and the methane collapse. It would eventually catch up to her.

It was hard for her to accept the fact that there was no one to blame and the creatures and the methane collapse were just coincidences. My mom asked me how I knew. I told her that I knew that the creatures weren’t the cause for everything bad because of a simple sign of compassion. Even though they looked terrifying, the creatures still cared for me even if we didn’t look the same.