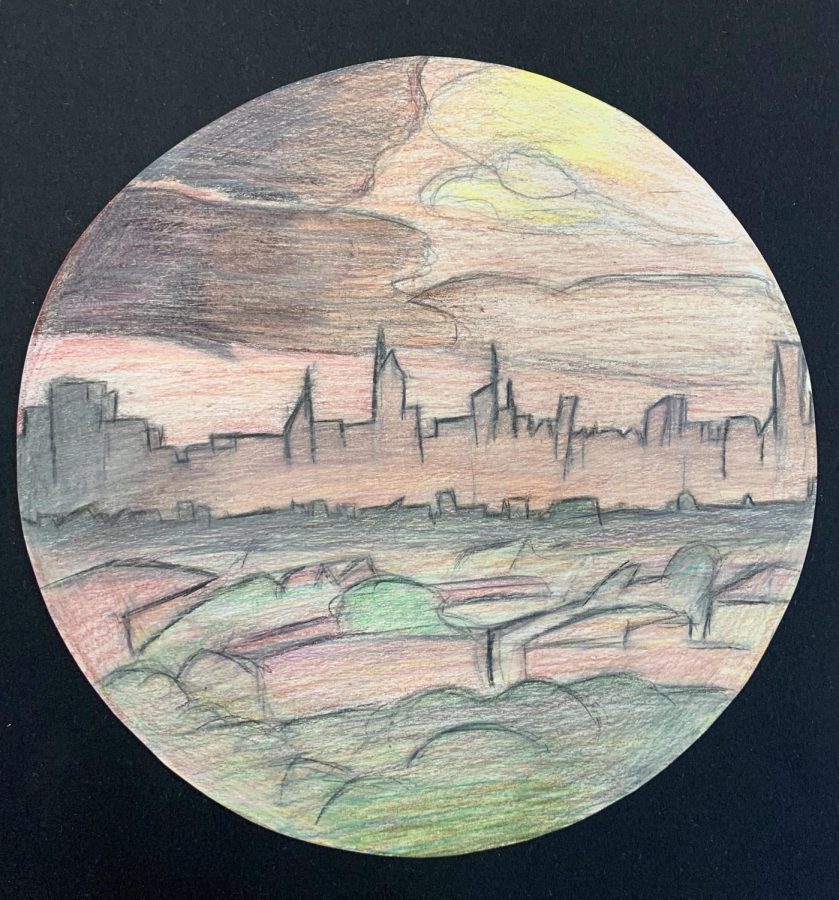 My name is Old Man and I’m two hundred years old. I’m the oldest and tallest tree in this park. I have seen all of my neighbors grow up and become beautiful and strong trees. I have seen three generations of one family play in my branches. Many college students have sat below my canopy to relax where the sun’s rays couldn’t reach. Couples in love have marked my trunk with beautiful love dedications. The park is always full of people that come here to relax and chill after a long day at work or school.

One day people wearing yellow uniforms closed the park with cones and tape. The people that came to the park on that day did not understand what was happening and neither did I. That’s when I saw the death mark on my trunk and I realized that my life was ending. My neighbors were afraid that they would get the death mark too. I was sentenced to die on Monday afternoon. I was afraid but I wanted to die with honor. Monday finally came and I was prepared to die. Suddenly hundreds of people showed up with posters and microphones. I could not believe what I saw! They were protesting because they wanted me to survive. The moment that I saw all of those people there for me was one of the best moments of my life. I did not know that all of those people loved me. I still did not understand why some people wanted to cut me down. Then I heard the men in yellow saying that the mayor wanted to get rid of me because he wanted to build a children’s playground in the middle of the park and I was in the way.

On Tuesday morning some people left after they heard why the mayor wanted to cut me down. I couldn’t blame them because a playground would bring the children a lot of joy and happiness, but they could find another place in the park to build it.

The people had saved me for one more day and I was thankful for that because they gave me one last opportunity to enjoy the spectacular sunset. On Tuesday afternoon, the men in yellow came carrying chainsaws. I looked around and I saw my neighbors crying and realized that it was the end of a long life. They cut me down and, to my surprise, they made some of the playground toys from my trunk. So I’m still in the park giving people joy, just in a different way.