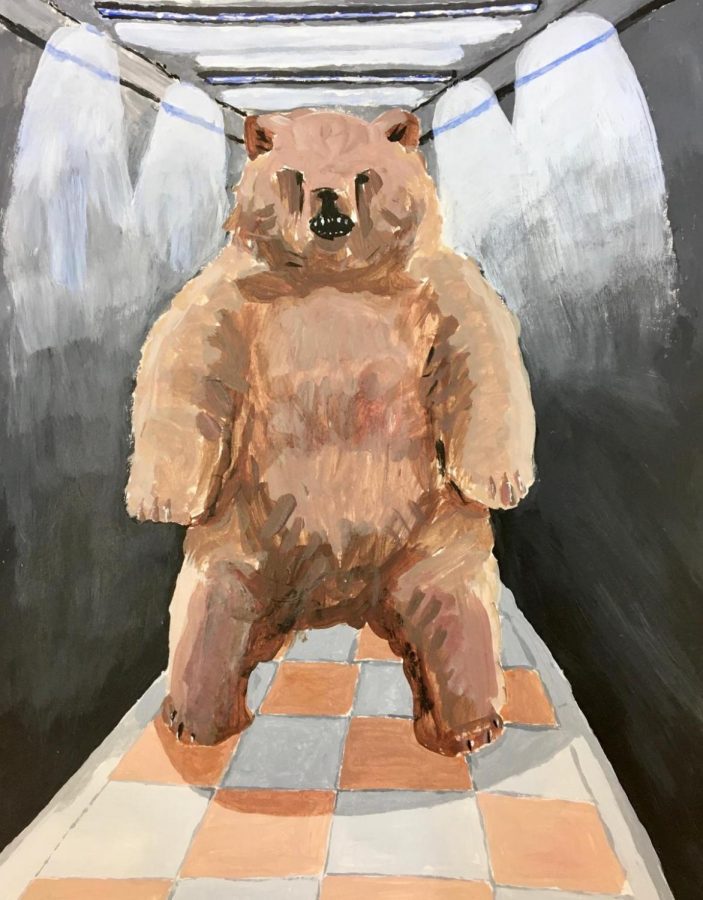 “Where’s my boy?” The woman cried. Her small frame quivered as she desperately called to the passing strangers. “Where’s my baby? I won’t go without him!”

As those around her filed onto the plane pretending she wasn’t there, she grew increasingly distraught, grabbing people as they passed her and begging them to help her find her precious son.

She grasped the sleeve of a tall, stoic man. He attempted to shake her off, as though she were some sort of vermin. However, the woman persisted. Her bloodshot, tear-filled eyes gazed into his frozen and emotionless ones.

Sensing the man’s lack of empathy and patience, she spoke quickly. “My boy, have you seen him? He’s tall a-and thin and he’s got red hair and blue eyes and his name’s Ja-”

“Get off of me.” The man ordered, flinging the frail woman to the ground. Then, his voice full of contempt, he said, “Your son was probably evacuated earlier, with the rest of the schoolchildren.”

Yes, this made sense. Of course, they would remove the innocent children first. The future of the country, after all, lay in the hands of the youth. In the chaos, the school had simply failed to alert her of the evacuation plans. Or perhaps they had attempted to inform her and in her own panic, she had missed the phone call. Armed with this new reassurance, the woman picked herself up, dusted herself off, wiped the tears from her eyes and cheeks, and joined the queue for the evacuation planes.

Her baby was safe. She could picture it. Her sweet angel, probably asleep in a plush airplane seat, tired out after the hectic day, was thousands of miles from any danger. He was on his way to some predetermined safe-haven across the ocean. He was, she was sure, surrounded by his many school friends, talking and laughing and enjoying the peace of mind that comes with being a child.

After an eight hour flight, the plane touched down. The passengers clambered out. They were huddled so closely together that they seemed to move as a single mass, so seemingly intune with each other that their movement looked choreographed. In reality, there were so many of them that subtle movements were nearly invisible.

As the woman was being filed through the airport with her fellow refugees, it occurred to her that she didn’t actually know where she was. Her eyes scoured her surroundings for a clue to her location. The signs were all in both English and French, she realized. One of them read, “Welcome to Montréal” and below it “Bienvenue à Montréal.” Her son had excelled at French in school, she remembered. He’ll be so excited for the opportunity to practice. The woman thought. Perhaps there were a few silver linings to their situation.

She stepped outside the airport and onto the sidewalk. She’d expected further instruction from the officials but they seemed to have forgotten her group, at least for the moment. The woman glanced up and down the street. Then, she noticed a newspaper stand. Thinking it may contain some information on the global situation, she slipped away and picked up one of the papers. The headline screamed, “EVACUATION PLANE FULL OF SCHOOLCHILDREN CRASHES INTO OCEAN.”

Those poor kids. She thought. And the poor parents. As if it’s not enough to lose your home, but your children, too? She shuddered at the thought. Then, out of sheer curiosity, she skimmed the story. All was fine until she found the victims list. But the moment her eyes found his name, her throat felt dry and her stomach turned.

There, in the paper, surrounded by the faceless names of boys who meant nothing to her, was the name of her baby, her son, her angel: “Jack Merridew.”