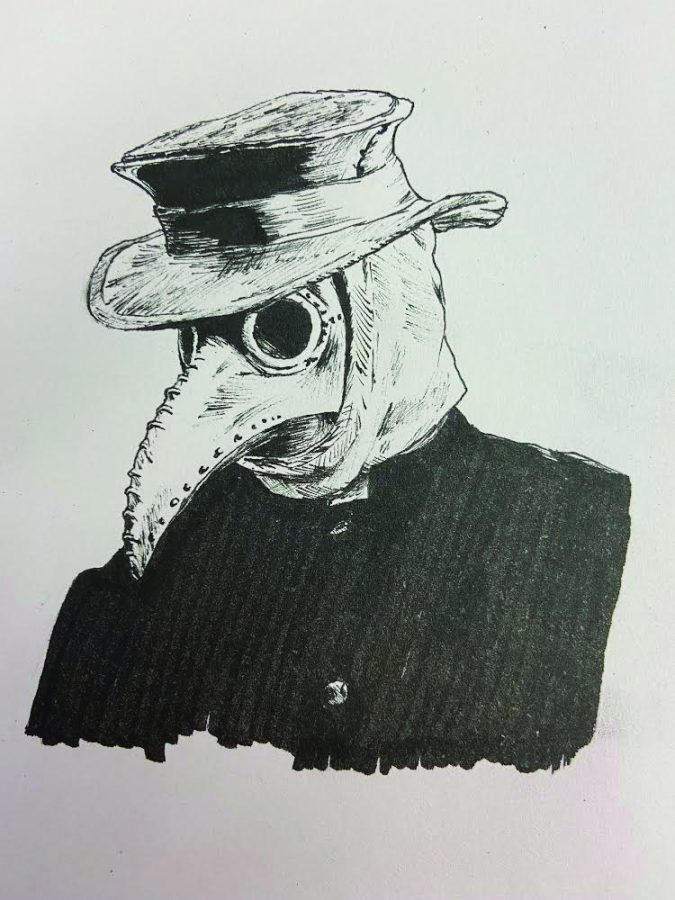 The TV rattles with excitement as the young girl jumps on her plump couch, anxiously waiting for the new special. She snatches the remote hiding under the pillows while keeping her eyes glued to the clock. Her long blonde hair zings around every time she turns her head. Eyes back to the TV. Clock. TV. Clock. Only 28 more seconds until her life will change forever.

“Good morning, ladies and gentlemen! As everyone is tuning in, we would like to announce our most important day in history. Everyone please mark November 29th, 3047 on your calendars!” the reporter boasts, and the young girl furiously scribbles down the date on her touch screen.

“As many of you know, today is the day time travel is officially being launched to the public. We are excited to inform you that places from three months ago or 3000 years ago will be available to you at the drop of a pin with our new, virtual reality glasses! Our glasses are available in three packages: original, deluxe, and royal.”

The little girl’s eyes glance up at the TV, ignoring her father’s calls from the kitchen. All she can think of is owning a royal pair of glasses, and she can’t settle for anything less. How could she live without the royal pair? Without the jewels, without the top lenses, without being able to experience the bonus features? The little girl’s daydreams are abruptly stopped with furious calls from her father, and with a sigh she pulls herself down the stairs into the kitchen.

“Autumn, for the last time, come down here!” her father screamed, which hastened her pace.

“Coming!” she jeered, though she soon found herself sitting at the island stool with a big box in front of her, quickly changing her tone. Autumn was shaking in her seat at this point; how could she resist such a box wrapped so nicely? The huge name tag had her name on it.

“Hi dear. I have quite the gift for you!” her father explained. Autumn grasped the box and pulled the carefully wrapped strings from it. Her eyes became brighter than a bulb as she saw the label of the box. In big bold letters read 3047: YOU’RE FUTURE AWAITS. She unlatched the wooden chest to behold a pair of virtual glasses.

Her dad was beaming as he watched her unwrap the gift with such pleasure. All he ever wanted was to make his daughter happy. However, his smile slowly faded once he saw the look of disgust in his daughter’s eyes.

“Dad, I wanted the royal ones! Not the crummy deluxe ones!” Autumn groaned. She took the glasses out of the chest and kicked them across the kitchen floor.

“I’m sorry dear… I’ll order a royal pair right away,” her dad said while picking up the broken pieces of the glasses. Autumn gave her dad a stare and scurried away back to her room.

Two days later, the royal glasses arrived and were soon in the possession of a spoiled little girl, Autumn McKay.

“Thank you so much dad! I’m off to visit The Great Pyramids of Giza. Later!” Autumn said with delight. She closed her eyes, delicately put her glasses on, and opened them to find huge stacks of limestone piled alongside beautiful structures in the middle of Egypt. In front of her were three massive pyramids and The Great Sphinx, whose long paws and soulless eyes left the little girl speechless.

Her gaze was quickly cut short. She snapped back to reality once she tried to take a step forward but was abruptly stopped in her tracks. It was like watching a cartoon running in place. Confused, she swirled her head around to find rows of angry, sweaty men with ropes attached to their waists. She looked down to find a wooden staff in her hand, and course robes covering her body. Ropes connected her and everyone else to a huge piece of stone. Autumn was leading the long trek to the Pyramid of Khufu.

Great! Why am I one of these stupid workers? she thought to herself. She sighed, not wanting to listen to the annoyed screams of the people behind her anymore, and continued marching.

Growing more weary with each pull, Autumn was about to leave her simulation when something caught her eye–a place in the never ending rows and rows of bricks that was different; it looked destroyed and unkept. Autumn unleashed herself from her team and sprinted towards the mysterious gates. A little adventure couldn’t hurt. Who needed to follow the “no altering the past” rule anyways?

As she approached, she quickly jumped up the uneven stairs to the entrance. The eerie, pitch black hallway encouraged Autumn to grab a torch which dimly lit up the place. Passing stairs after stairs, halls after halls, the little girl’s legs were growing limp.

Finally, something somewhat intriguing she thought with relief as she entered a new hallway. The walls had intricate engravings on them. Some of them had tiny jewels, drawing Autumn towards a grand yet empty room. In the middle of the room was a black, gilded mysterious box with the shadow of a crown on top.

“A crown!” Autumn whispered to herself in delight. Oh, she could be the next best queen! She could brag to all of her friends and family and become super rich! And what a crown it was, a beautiful shade of red, and crafted ever so perfectly to fit snug on her head. A royal crown to fit her royal glasses. Without a second thought, she closed her eyes and reached out for her new prized possession.

“Huh?” she said aloud, as the echo of her voice blasted throughout the bare room. She released her squinting eyes. The crown wasn’t there! She waved her hands to feel it, only to find nothing but air. You gotta be kidding me! she thought.  She yanked off her glasses, returning to the comfort of her bed in an instant. After the exhilaration of her adventure ending in a horrible letdown of emotions, Autumn buried her head in her pillow to scream and cry to her heart’s content.

Once she regained control of her emotions, Autumn finally sat up and wiped her teary eyes.

In front of the gobsmacked girl lay the crown from the pyramids! She crawled quickly to the edge of her bed and reached out for the dazzling prize. This time, it did not disappear.

Autumn’s eyes shined brighter than the sun as she placed the crown on her head. She pranced around her room and bounced down the stairs to go boast to the world.

“Look at me! Bow down to your newest and greatest queen, me!” she screamed in the streets. However, her reign seemed over before it had begun as no one was pleading to her for mercy.

“It’s a fake, obviously. Now quit yelling and get back inside!” a neighbor called to the little girl. Autumn’s head turned on a swivel, and her bright blue eyes stared down the feeble old man. She stomped up to the lean figure and crossed her arms, looking as if she was about to knock the man off his feet.

“A fake? Oh yeah? I’ll prove it!” she screamed, leaving him quite frightened. She ran inside and back up to her room again to put on her glasses and transport herself back to the pyramids. I’ll show him, she thought gravely. I’ll show everyone who the real queen is and not just some fake!

She found herself back in the same room, only this time she realized that the box that the crown was resting on belonged to the coffin of Khufu; the king of the Old Kingdom. As she skimmed her hand along the dusty top, the tips of her fingers ran into a latch. She unhinged the lock and slowly lifted off the lid. She looked away as if preparing for a killer clown to jump at her, only to realize that Khufu’s body hadn’t been buried yet. With a sigh of relief she fully lifted the top and revealed her path to a new life. Before her were all of Khufu’s riches; stacks upon stacks of gold bars, marvelous jewelry, loads of money; all of it was about to be buried with the dead king.

Autumn took off her glasses in disbelief and placed them at the top of the coffin. This time, she knew that her riches wouldn’t disappear. She ran her fingers through beautiful chains of necklaces, laughing with pure delight.

“I’m your queen! Bow down to me!” she screamed with excitement. She meant it this time. She lifted handfuls of treasure, and her smile spread as she emptied the coffin out. Autumn had never been so happy in her life, and only thought about her opulent future with each scoop of gold. First, I’ll build a dungeon for only the old man to live in. Then, I’ll make a huge throne room, where everyone will have to bow down to me, and then– Autumn thought to herself with delight.

“Hey! What are you doing stealing the king’s jewels? Get her!” screamed a man, an army of soldiers following his lead. The panic stricken Autumn dropped her jewels in an instant. Without a thought, she jumped into the coffin and held on to the latch with her dear life, praying that the guards wouldn’t open it. She had to get out of there this second.  She quickly patted around her head, then suddenly her heart dropped.

She listened intently for noises outside, pressing her ear against the inside wall of the coffin, only to hear a faint crunch of her royal glasses breaking.