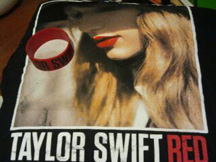 Taylor Swift's RED accessories will outfit Swifties during the tour.

Chart topping country-pop singer, Taylor Swift, is hitting the road once again for her third headlining tour, “RED,” making its debut on March 13th in Omaha, Nebraska. Hurry up and buy tickets because judging from her last tour, “Speak Now,” for which she sold out multiple shows including her Gillette Stadium performance in a matter of minutes, it goes without saying that these tickets sell out fast. However, don’t worry because this year Swift’s tour won’t be ending until September 21, 2013 in Nashville, Tennessee.

Taylor’s opening act includes Ed Sheeran, known for his hit song, “The A Team,” as well as his collaboration with Swift on her album, “RED.” Austin Mahone, a YouTube sensation with his smash hit, “Say Something,” is also part of her opening act.

In 2013, Taylor Swift, also known as “T-Swizzle,” is scheduled to do 58 shows in 45 cities in 29 states in 3 provinces, as listed on Taylorswift.com. Come see Taylor on her enchanting RED tour, which is expected to be one of the most-anticipated musical events of 2012-2013. 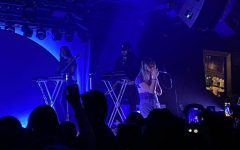 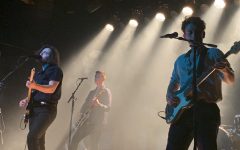 Amber Run talks “Philophobia” and how the new album came together 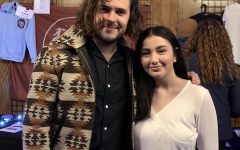 On stage, Amber Run even better on “Philophobia” tour 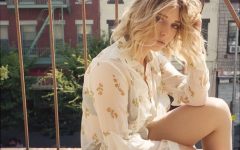