Listen up to this ‘Calling’ 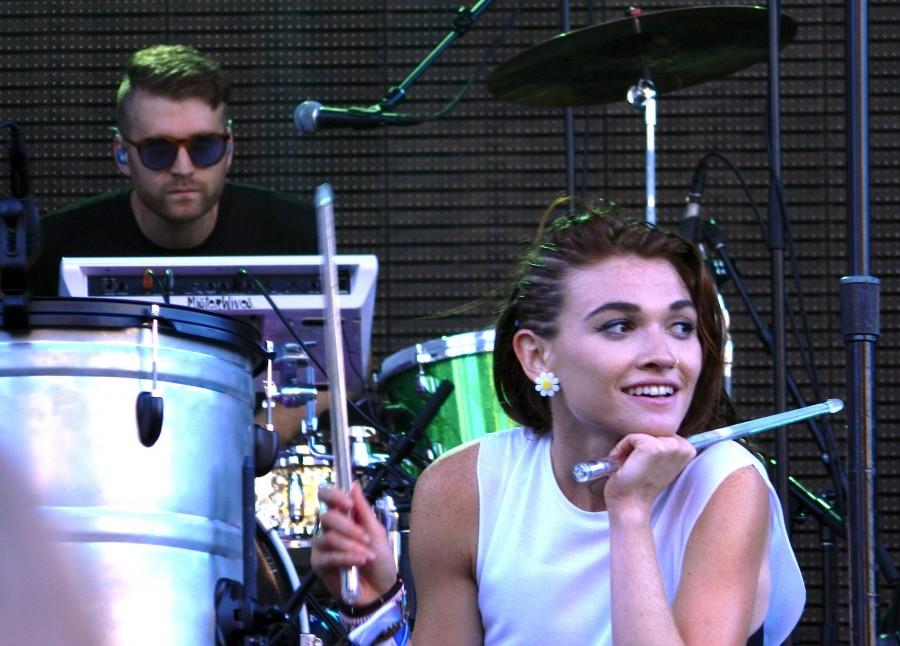 The Fall Boston Calling Music Festival for 2015 was a blast! The lineup included Walk the Moon, Of Monsters and Men, Alabama Shakes, and many more talented artists who gave the audience a spectacular show.

This three-day festival was held at City Hall Plaza on the weekend of Sept. 25-27 underneath banners that displayed the names of all the Boston Calling artists who performed in previous years.

On the next day, the acts were just as incredible.

It started out with the band from Ohio, Walk the Moon. After interacting with the fans, they played their hit singles, “Shut up and Dance” and “Anna Sun”. Everyone got to sing and dance along.

Chvrches hyped the crowd by singing their hit song “The Mother We Share” and many other upbeat songs that even made your chest vibrate. (Probably, one of the best feelings when you go to any concert).

Overall, everyone was filled with the good vibes.

On the last day, Daughter performed in the afternoon, playing some relaxing songs to calm the crowds down from all the earlier excitement of Dirty Bangs and Fidlar. Afterward, MisterWives came on stage doing flips and tricks and they invited the crowd to sing with them. Lead singer Mandy Lee interacted with the crowd and in the end everyone had a good time.

Nate Ruess, the former singer of Fun performed next in the lineup. He sung some Fun songs like “Some Nights”, “We Are Young”, and “Carry On”. Later, Ruess sang some of his originals from his new album “Grand Romantic”.

When night fell, Hozier performed and he touched everyone’s heart by saying he genuinely appreciated all his fans for coming out to see him perform at the festival. A sea of people started to wave their hands in the air and they sang along to his songs, with everyone fully rapt in the music.

If you enjoy concerts and having a fantastic time with friends, the Boston Calling Music Festival was the perfect event to attend. Fans bought food and drinks from vendors and chilled out at a geodesic dome. Also, the merchandise table was open all day with T- shirts and souvenirs for fans to remember the concert.

Lily Mills is a  member of the Raider Times staff.