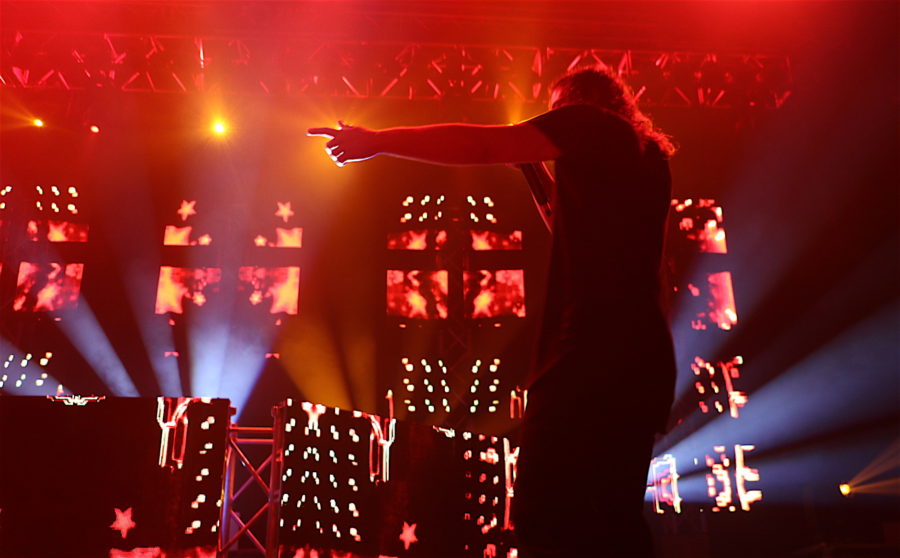 Out from Sacramento, Calif., the EDM duo of brothers Kevin and Jeff Saurer  known as Hippie Sabotage (above) was brought to Boston’s House of Blues on March 21, 2017, leaving the fans with nothing but good vibes.

Opening acts Micetro (pictured above) and KUR (pictured below) had different styles of music. Dj Micetro brought an EDM experience to Boston while rapper KUR hyped up the venue.

Most people have never heard of Hippie Sabotage until they released a debut with Tove Lo called “Stay High”. Although Hippie Sabotage isn’t as well known yet, they still have an extreme amount of talent and brought an amazing show to Boston.

The House of Blues was filled with energy, with visuals (pictured below), the flashing lights and sounds, making for an amazing night.

The show was not all about the two brothers from Sacramento, it also involved amazing vocals from Daisy Guttridge (pictured below). The song “Chasing the Wild” featuring Daisy Guttridge is one of Hippie Sabotage most recent tracks with over 11.8K likes on Soundcloud.

The crowd at House of Blues was filled with energy and the fans of Hippie Sabotage were feeling the music and enjoying it.