“Guardians Of the Galaxy Vol. 2” fun and visually spectacular

... but you are strongly advised to see the original first 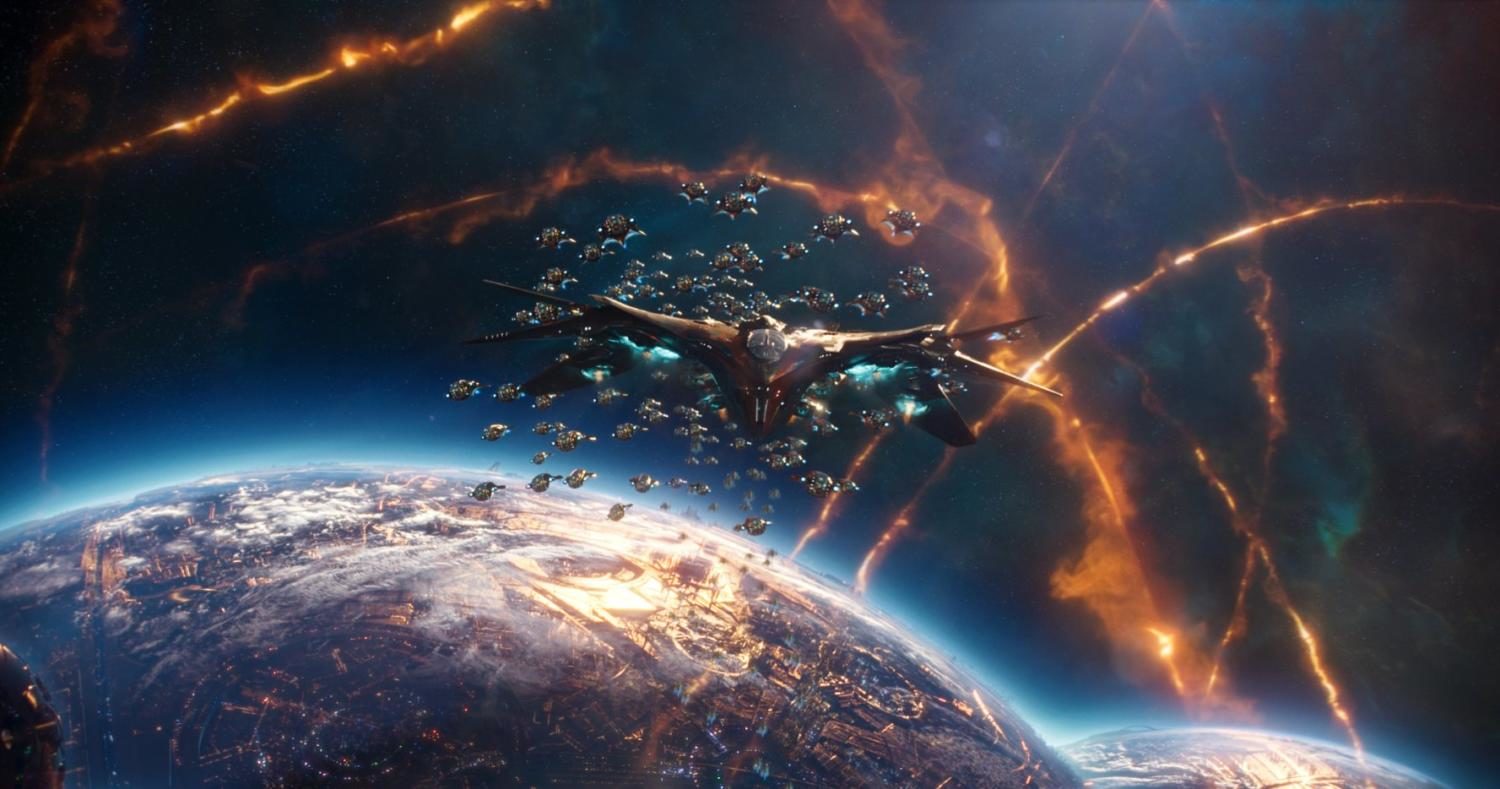 Each shot of "Guardians of the Galaxy Vol. 2" is colorful, vivid, and fun, almost as if Claude Monet were to illustrate a comic panel.

“Guardians Of the Galaxy Vol. 2” is one of those rare instances in which a sequel is better than the original. The follow-up to the widely successful 2014 blockbuster manages to feel fresh in a world of stale superhero flicks.

In this new installment Peter Quill, Star-Lord, meets his father after having to flee a planet due to to Rocket Raccoon stealing the planet’s batteries. The story sounds like nonsense, but trust me it is a ton of fun.

The Marvel Cinematic Universe (or MCU for short) has been the biggest money-maker in the film industry for the past nine years, basically creating the concept of a cinematic universe in which characters from different (but shared) source materials can intertwine on the big screen. While the MCU has seen its highs (“Captain America: The Winter Soldier”) and its lows (“Thor: The Dark World”), it has managed to be somewhat consistent in its enjoyability. Each character is respected as its own individual. The writing remains good and the acting is always incredible (especially for stories with people naming themselves after animals and other random things you come across on a day-to-day basis).

First things first, the visuals in this are spectacular. Each shot is colorful, vivid, and fun, almost as if Claude Monet were to illustrate a comic panel. This is most obvious in any scene on Ego the Living Planet. The color palette has to be the best one in any film yet, with everything looking cartoony, fun, and self aware.

The movie as whole can be described as fun, even the poster brings this to mind. The actors seem to be having fun playing these characters. It’s obvious as you watch them naturally play off of each other, almost complementing everyone’s skill.

The story and its set pieces are fun. The greatest example of fun in this movie is the opening, when we are treated to a funny “action” scene with the adorable baby Groot and some lovely ELO.

You can be a rebel and just see this as if it were a standalone flick, but, trust me, you will have a bad time.”

They know to only take things seriously when the story asks for it and it transitions in a chameleonic way that works flawlessly. This is a genuinely funny movie, quips go back and forth quickly and manage not to feel annoying, but instead show actual talent and comedy. It is on par with any comedy written by Edgar Wright.

The soundtrack to the first “Guardians” films was phenomenal, going platinum in sales. And while this new soundtrack isn’t as impactful, it does manage to be pretty good with some nice oldies that manage to outshine the score once again.

This movie as a whole is an ode to the 1970s and ’80s, with countless references to the pop culture of the times. A whole action scene is dedicated to Galaga and the arcade setting of the ’80s. The soundtrack consists of songs from this period. The relic, like toys of the period, are referenced and shown along with a handful of other jokes and references.

Marvel has a tendency of pretty dull and forgettable original scores. I believe the score to a movie should be its most important character as it sets mood, tone, motives, and emotion. But for some reason Marvel likes to make pretty generic scores. Let’s hope this is fixed in the future.

“Guardians” manages to be genuinely heartfelt when it needs to be. You care about what the characters feel and why they feel it. Even managing the bring personality to Nebula, a character who felt completely wasted in the original picture.

The limited amount of characters we get to know in this movie is a blessing. The original film became overwhelming with its countless characters we knew nothing about. This movie knows how and when to give each character his or her time.

Now with all this, the movie is lacking in charm. It feels fresh but the wonder of the galaxy and its guardians feel a tad bit flat.

This movies commits one of the most horrendous sins any movie could, it’s forgettable. As much as I love and adore it, once it ends, that’s it. I didn’t leave the theater thinking about the universe or its characters as I usually do. The experience just kind of ended.

I would strongly suggest anyone seeing this to view the original beforehand, to eliminate any confusion or headaches. You can be a rebel and just see this as if it were a standalone flick, but, trust me, you will have a bad time.

The PG-13 rating is no joke. Parents should really use discretion with this movie because for some reason there are sexual jokes galore.

Without a doubt this is one of my favorite entries in the MCU so far. Its colorful palette and fun attitude has me excited for “Spider-Man: Homecoming” and “Thor: Ragnarok.” I will certainly be watching it again this weekend.