“Burn All Night” saves the last dance for them 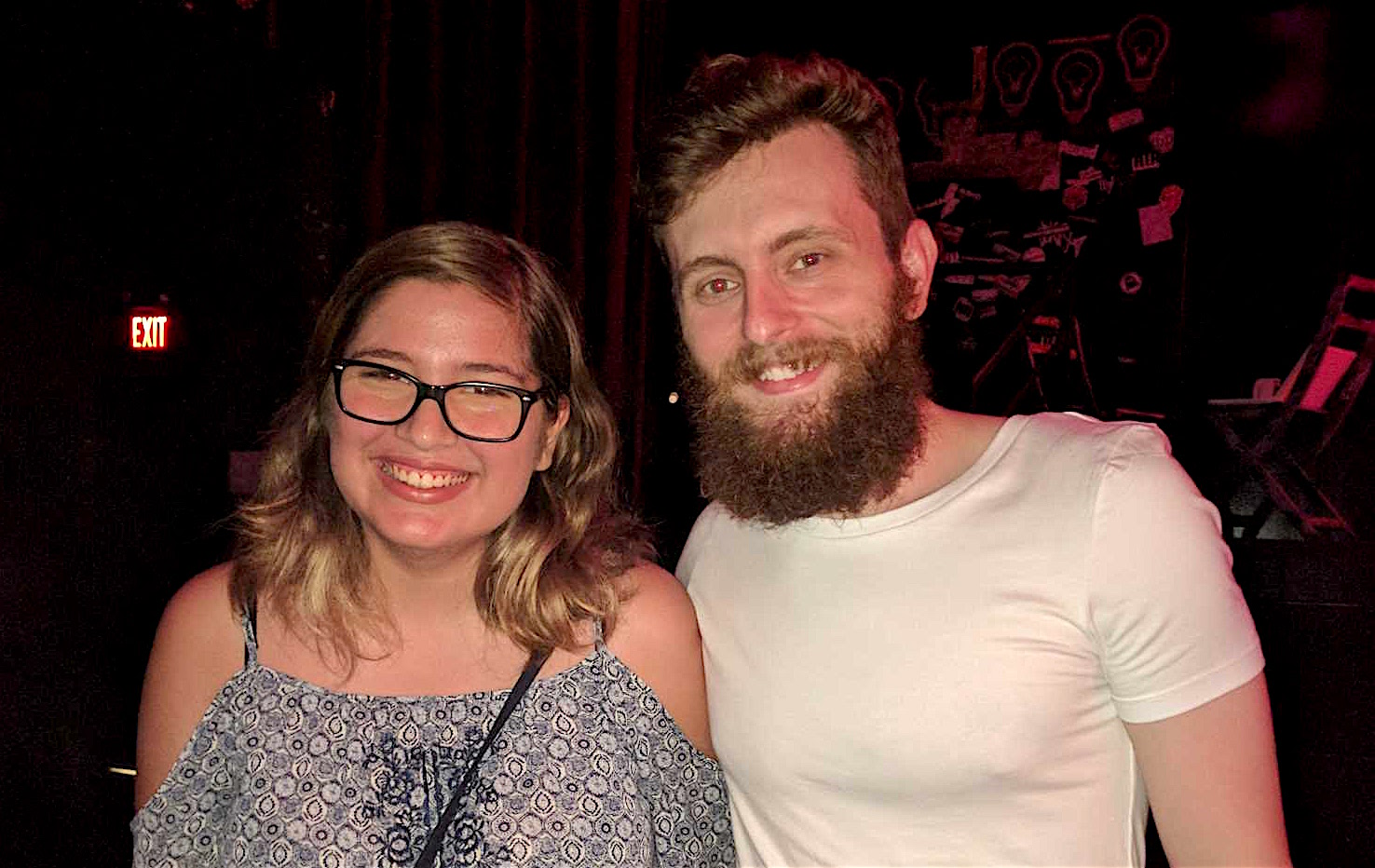 Ken Clark (right) poses with a Raider Times reporter following a recent dress rehearsal for "Burn All Night" at Oberon Theater in Harvard Square. "Burn All Night" made its world premiere Aug. 18, 2017.

What if you only had one night left, what would you do? Well, for a group of friends, this is a decision that they have to make.

“Burn All Night” is a new play by Andy Mientus and is nothing like I have seen before.

The show was very immersive. The entire room was fair game to be used as a place for the actors to use. No matter where you were in the room, there was a chance that an actor could be standing next to you.

There wasn’t much of a set, a few chairs and a few other props were all that were used in the performance. Even with a minimalistic set and small amount of props, the story was conveyed well.

“Burn All Night” is about four people dealing with their own problems and living their lives. A chance meeting of childhood friends connects the lives of these four people till the end.

With impending doom looming over their heads, it gets to them differently. They each have there own way of dealing with the news that they have received. The play talks about their lives as friends and the drama that arises between them.

The show was amazing. It was comparable to “Rent,” “Smash,” and “American Idiot” in the way they tell their stories through song. “Burn All Night” told a story and the songs helped convey the emotions that the characters were feeling.

This show is better suited for a more mature audience. It has some adult themes that are not suitable for younger children.

The musical was directed by Jenny Koons and the book and lyrics were written by Andy Mientus. It was choreographed by Sam Pinkleton, with music by Van Hughes, Nicholas LaGrasta, and Brett Moses.

The lead roles were played by Lincoln Clauss, Krystina Alabado, Ken Clark, and Perry Sherman. After a recent dress rehearsal, I was able to talk to a few of the actors and they said that they were very proud to be in this production.

“The script is so good and I am so glad and proud that I can be a part of it,” said Clauss.

“It was nice to see the audience enjoy the show,” said Alabado.

“It is amazing to be a part of this production and it’s great not to be a starving artist,” said Clark.

After watching the show, I see a bright future for this new production.

(For information about “Burn All Night” and American Repertory Theater, go to http://americanrepertorytheater.org/.)