Vérité front and center with tour for “Somewhere in Between” 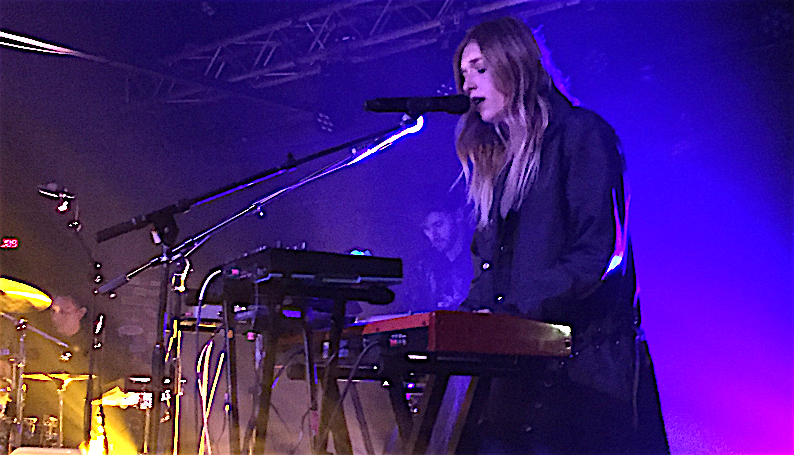 Vérité performed at Brighton Music Hall on Aug. 24, 2017, in support of her debut album, “Somewhere in Between.”

Many people have had others tell them that they are incapable of accomplishing their goals, but Vérité was able to avoid these comments by surrounding herself with people who supported her and pushed her to take risks.

Kelsey Byrne, who goes by her stage name, Vérité, is a singer who grew up in Orange County, N.Y. While she was growing up, she enjoyed playing music with her father. When she was 8 years old, she started singing on her own and her love for music only grew from there. She joined a band when she was 13 years old, and became more serious about music when she was 20 and moved to New York City to pursue her career in music.

I’m the only one who has to live with myself, and I have to be able to sleep with myself every night and I need to know that I’m doing what’s best for myself.””

“[Music is] something that I’ve always been involved in and wanted to somehow make a career,” said Vérité during a recent phone interview.

She went on to express how grateful she is for the people who encouraged her to follow her dreams. Vérité is aware that many people are put down on a daily basis by people who tell them that their dreams are not achievable, but she said, “I’m the only one who has to live with myself, and I have to be able to sleep with myself every night and I need to know that I’m doing what’s best for myself.”

She hopes that others will be able to accept this for themselves as well.

When asked what she wanted to accomplish through her music, Vérité replied by saying that she wants people to be OK with where they are in life. She said she believes life operates on a spectrum, and that it is OK to be somewhere in between because they are not the only ones still on their journey.

Now 27 years old, Vérité released her debut album, “Somewhere in Between” in June, and tickets for her first major tour are currently on sale. Her first stop was Philadelphia on Aug. 23, 2017, and she performed in Boston at Brighton Music Hall the next night.

The Boston crowd loved Vérité’s opening act, Tigertown, but the energy changed completely when Vérité herself walked onto the stage. Everyone in the crowd sang along as Vérité performed several songs off of “Somewhere in Between” and covered “Somebody Else” by The 1975.

After the show, some fans had the opportunity to meet Vérité as she signed posters and took pictures with them. Overall, the show was very enjoyable and a great evening spent for people of all ages.

(For more information on Vérité and her tour, go to  http://veriteofficial.com/.)