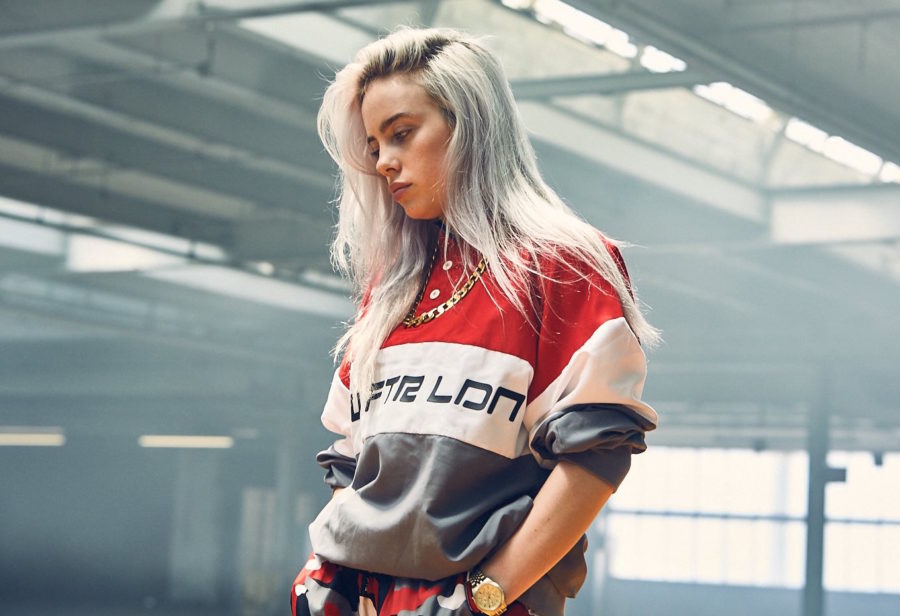 Upon arrival at Sonia Live Music Venue in Cambridge, Mass., the first sign of being at the Billie Eilish show was the line of people waiting to enter that stretched around around the building.

As they were walking into the entrance way of the sold-out show Oct. 19, audience members were met with abstract artwork on the walls that was showered in shades of red and blue. In the performance room, some audience members hurried to buy merchandise from the table in the back, while others danced near the stage to music that was being played before the show started.

After twenty minutes, Thutmose, the opening act of the Don’t Smile at Me tour, appeared on stage to raise the crowd’s energy before Billie Eilish performed. He sang a variety of rap songs, including his song “Blame,” and had even the crowd members who had never heard his music before jumping and dancing. The upbeat music combined with the multicolored lights that danced to the beat of the music along with the crowd did a great job of getting audience even more excited for the main act.

Billie Eilish’s cover of “Hotline Bling” was not the only surprise of the night however, as her brother, Finneas O’Connell, performed his song “I’m in Love Without You” halfway through the show.”

Billie Eilish ran on stage shortly after Thutmose finished his last song. The 15-year-old singer opened the performance with “Copycat” that had the audience cheering, dancing, and singing along. Eilish later sang slower songs that had the audience listening more than partying, but then went on to bring the energy back up by surprising the crowd with a cover of Drake’s “Hotline Bling,” and more of her fast-paced songs.

Eilish’s cover was not the only surprise of the night however, as her brother, Finneas O’Connell, performed his song “I’m in Love Without You” halfway through the show. Eilish sat on the stage as the brother sang and felt the emotion of the song as the audience did, and cheered for him in the end,

When her brother finished his song, Eilish sang three more of her own before announcing that she had one song left.The song was “Ocean Eyes,” which was on the soundtrack for the movie “Everything, Everything.”

After completing her final song of the night, Eilish thanked the crowd for its support and left the stage, only to come back on a few minutes later for an encore. The crowd was surprised and happy to see that Eilish was going to sing another song. Eilish performed her single “Bellyache” as the crowd danced and sang with her, enjoying the final song of the night.

The Don’t Smile at Me tour stop was a great experience. Billie Eilish has a great voice and unique sound that is incredibly refreshing, and Thutmose and Finneas O’Connell brought more to the show than the audience could have asked for.