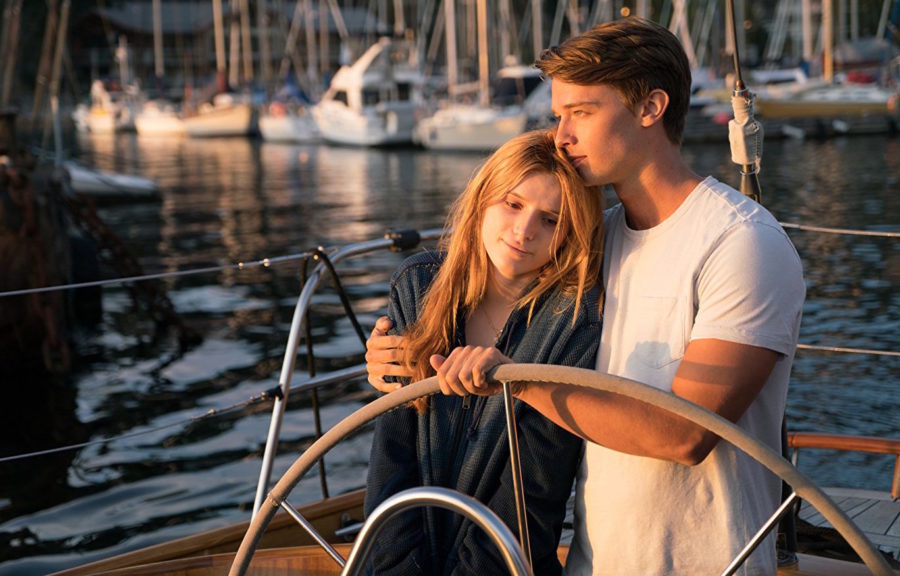 “Midnight Sun,” directed by Scott Speer, is a new romantic tearjerker coming out on March 23.

And a word of advice: bring tissues!

The movie opens on a mother and daughter by a sunlight lake.

“I have this recurring dream,” a voice says “I feel the warmth of the sun on my skin and the comfort of arms around me and I want to stay there forever … but that would be impossible.”

The movie focuses on the life of 18-year-old Katie Price (Bella Thorne) who has a life threatening disease called Xeroderma Pigmentosum (XP for short), which prevents her from being out in the sunlight. It causes a sensitivity in her skin so that even one exposure to the sun’s rays could kill her.

Though [Schwarzenegger’s] range of emotion is slightly limited, he shows great potential to be a leading man in Hollywood.”

Katie has lived her whole life at home, sleeping during the day and staying up at night to hang out with her best friend Morgan. Katie shows her passion for music by playing her guitar and writing original songs. Any chance she gets, she sings at the train station near her house.

While she has a comfortable life, she still yearns to simply be a normal teenager. Every day since she was little, she has watched her neighbor Charlie (Patrick Schwarzenegger) ride past her window on his skateboard. Katie has had a crush on him since she can remember, but because of her XP, he doesn’t even know she exists. However, when she finally comes face to face with him one night at the train station, everything changes.

As Charlie takes her to places she never thought possible, Katie begins to realize that sometimes it is better to live a full life of risk than to live in a bubble.

“Midnight Sun” is a heartwarming movie about young love and adventure, set to a beautiful soundtrack and gorgeous scenery from Vancouver, British Columbia.

It will be in theaters starting March 23, and we highly recommend that you go see it!  Thorne and Schwarzenegger act well together, which makes their characters seem all the more authentic and really helps the audience to be immersed in the story.

“Midnight Sun” is Schwarzenegger’s first project with a leading role and, though his range of emotion is slightly limited, he shows great potential to be a leading man in Hollywood. And while we both thought the movie was a little too short, it still succeeded in capturing our emotions and was very fun to watch.

The movie is rated PG-13 and is a story that will appeal to audiences young and old alike — however it contains some mature and very sad content so we would not recommend it to anyone under the age of 10.

If you are the kind of person who has enjoyed movies such as “Everything, Everything” and “The Fault in Our Stars”, this is the next movie for you.