Stage version of “The Sound of Music” lost in the shadows 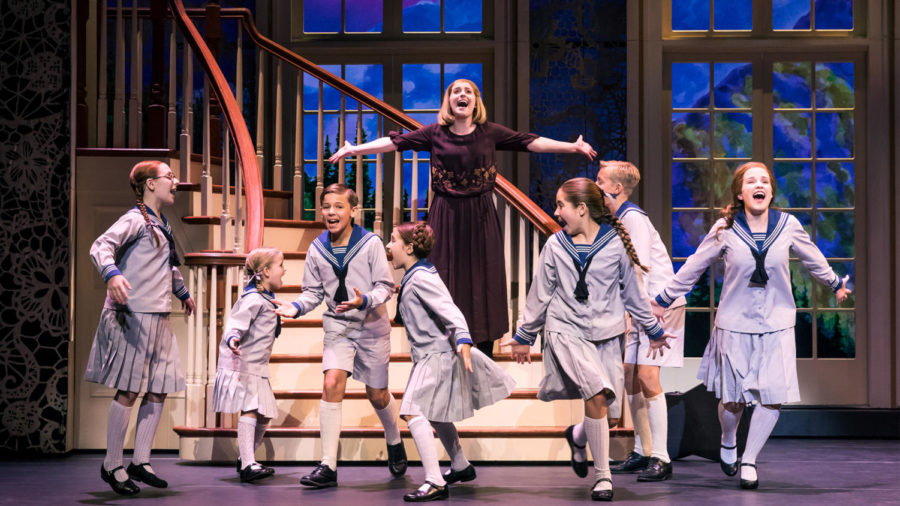 The stage version of "The Sound of Music" will be at the Boch Center in Boston through May 13.

The Trapp Family Singers learn that they can be stars — in a very unconventional way — as they try to flee Austria during World War II.

That is the plot of Rodgers & Hammerstein’s “The Sound of Music” on stage at the Boch Center in Boston through May 13.

Captain von Trapp, a respected naval captain, has seven children who have caused their previous governess to quit. With the Captain needing a new governess, he asks Nonnberg Abbey if it has anyone who can help. It turns out that they do in a relatively new nun named Maria.

Maria is a nun who is very different from the other nuns at the abbey. She has constantly been caught singing and not following the rules of the Abbey. So Mother Abbess decides that Maria would be the one for the job as the new governess. Maria has no other choice.

While she is working, she teaches the children to sing and has a few other problems that arise that leads to her leaving the house. She then returns and continues to work as the governess, as well as taking on another role.

In this production, every actor is very talented and that really helps to sell the show. The set is very beautiful, especially the scenes done around the Von Trapp house, which is very elegant and beautiful.

An interesting bit of scenery work is done when the characters walk down the corridors in the abbey, the actors would walk in front of a wall that would move with them and make it appear that they were truly walking down a hall.

However, there were a few parts that were lackluster. For the scenes that were in the abbey, half of the stage was simply a back screen. The room of the abbey was off to the left and was very shadowy, making it hard to see the facial expressions.

The show used a lot cold lighting (more of a blue tone) even when it should have been warm lighting. For example, when they were outside on the hill, there was cold lighting that made it weird to believe that Maria was outside.

For the audience, I believe that anyone could see it, but I don’t think that children would find any interest and would most likely find the show boring. Also, as the show is set in World War II,  there is a scene with large Nazi flags unfurled on stage, so people who will be affected by this shouldn’t see the show.

Overall, I would not see the show again as the show was somewhat boring. Unless you truly love the story and music, this show isn’t for everyone.

(For more information about the show, or to buy tickets, go to http://www.bochcenter.org/soundofmusic.)