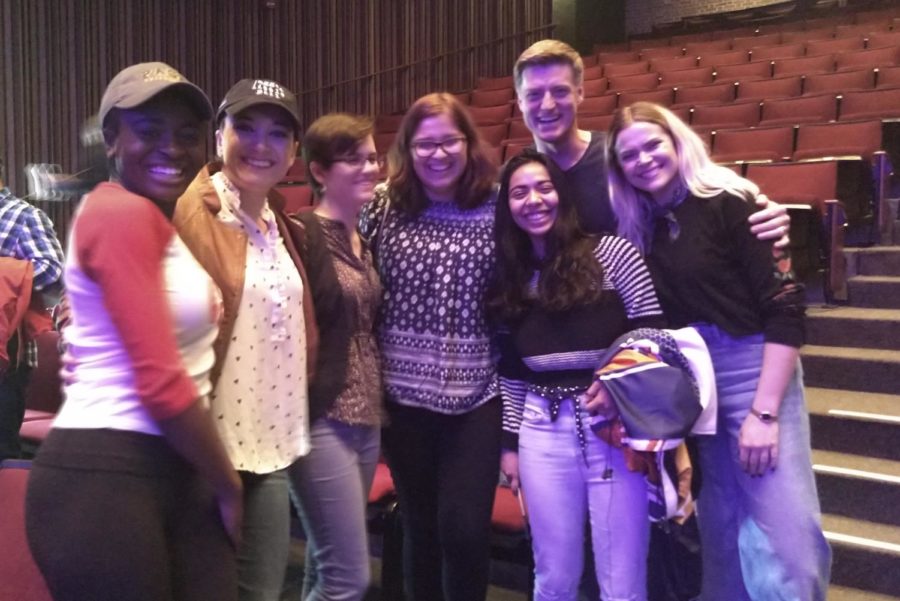 In the current musical “Jagged Little Pill” at the American Repertory Theater, many characters are trying to find their place in the world. They all have their own battles that they keep hidden from each other.

There were a few points in the show when I was close to crying, but then soon after I was laughing at a joke”

Mary Jane Healy, a mother who is trying to keep up the facade of her perfect life, is struggling with a drug addiction. Her husband, Steve Healy, believes that their marriage is falling apart. Their two children are very different. Nick Healy is the perfect child who gets into the school of his dreams, feeling like people like his achievements but not him. The other child is their adopted daughter Frankie Healy feels like she never even had a chance to fit in. There are even more sensitive topics that come to light with other characters lives.

There are also many others sensitive topics that are brought up and are used to relate to current times. They use a few of the of the current hashtags, such as #metoo and #never again, to describe situations that others were put in.

Although this show sounds very depressing, it really isn’t. The more sad moments are followed by hilarious dialogue and lighter scenes to help balance out the sad points of the show. This allows the characters to go through hard times, but it doesn’t feel oppressive to the audience. There were a few points in the show when I was close to crying, but then soon after I was laughing at a joke that was made.

The show is named after the album “Jagged Little Pill” by Alanis Morissette. The show incorporates the songs off the album, such as “You Oughta Know,” and are woven into the plot. The songs are sung by the characters and the ensemble.

Overall, I would recommend this show to anyone in or above the high school level. The show talks about very advanced topics and is not suitable for children.

I would recommend the show to anyone who has listened to the album to see the show and watch the album come to life. The show is running through July 15, so don’t miss out on it.

(For more information or to buy tickets, go to the American Repertory Theater homepage at https://americanrepertorytheater.org/.)