Musical is playing at Emerson Colonial Theatre in Boston through Dec. 30, 2018 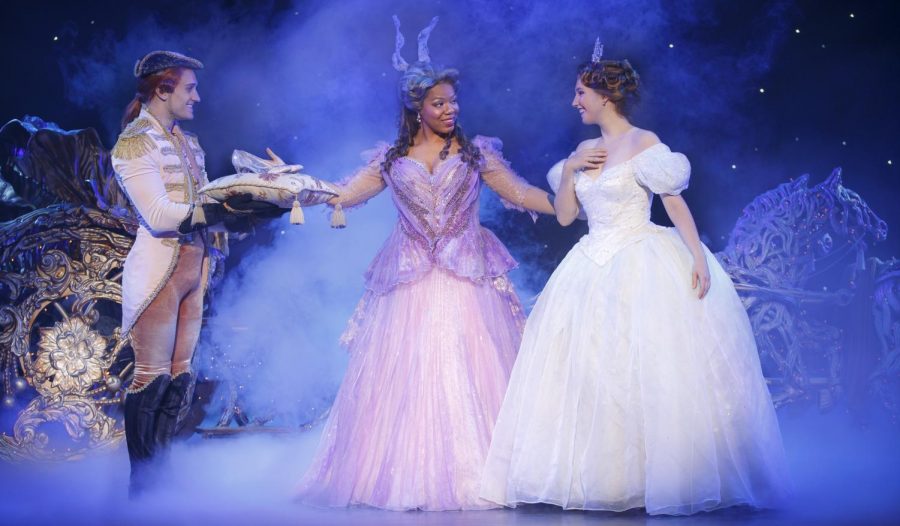 Many magical things happen in “Rodgers and Hammerstein’s Cinderella,” which is playing at the Emerson Colonial Theatre through Dec. 30, 2018.

On Dec. 18, “Rodgers and Hammerstein’s Cinderella” opened at Emerson Colonial Theatre in Boston. The show will be running through Dec. 30 and we highly recommend going to see it!

The show tells the age-old tale of a poor girl who steals the heart of a prince. However, Rodgers and Hammerstein’s adaptation, which was first made for TV in 1957, turns the classic tale into a much richer story. The characters, who in the original story are rather two-dimensional, gain new facets as they go through the struggles of self-doubt and the search for a purpose that we all experience.

The play also promotes standing up for your beliefs and has a strong female lead in Cinderella, who helps the prince to find himself, while bringing in a new era of democracy to his country. However, the play not only offers a more realistic version of the story, but also brings in comedy that had the audience laughing out loud.

Aside from the much richer story, the version on stage at Emerson Colonial Theatre is a magical journey with incredible production value in every detail of the show. The combination of the realistic sets and costumes makes you feel as if you are right there in Cinderella’s town. At the ball, the dancers twirl in mesmerizing formations, showing technical mastery as well as an effortless grace. The actors all have amazing singing voices and show an emotional range that lets the whole audience feel what their characters are going through.

The Emerson Colonial Theatre, which opened in 1900, offers a gorgeous setting with its blue and green hues as well as its gilded accents — which offer a taste of the time. The lobby is lavishly decorated with floor-to-ceiling mirrors and has a vaulted ceiling covered with ornate golden patterns. There is wide orchestra seating area with two balconies above it and small boxes on each side. There is a narrow orchestral pit right in front of the stage where the musicians perform during shows.

(“Rodgers and Hammerstein’s Cinderella” is at Emerson Colonial Theatre through Dec. 30, 2108. For more information or to buy tickets, go to http://www.emersoncolonialtheatre.com/calendar/rodgers-hammersteins-cinderella/.)