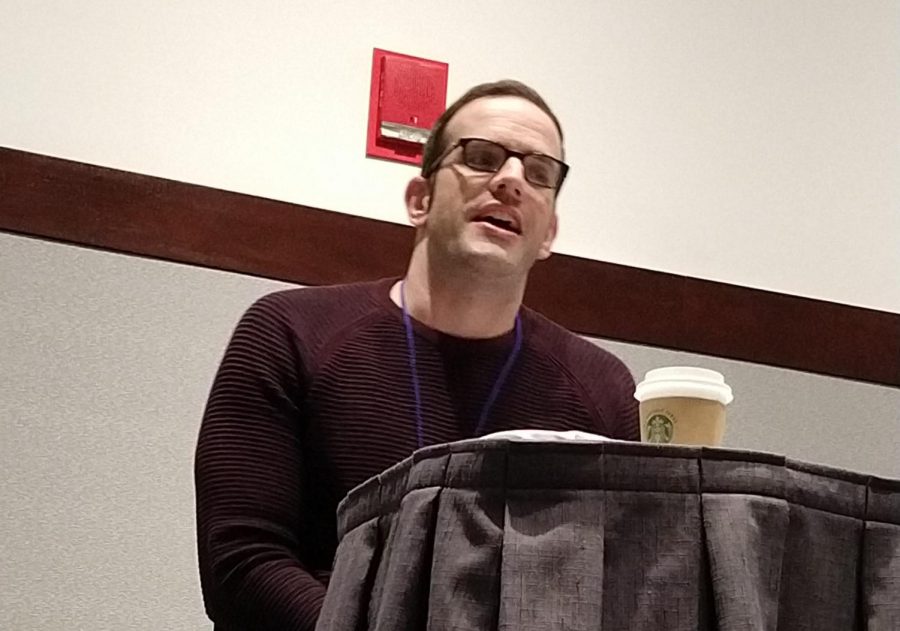 J. Michael Tatum answered questions and talked about his career at "Anime Boston 2018".

J. Michael Tatum is an American actor, director, and scriptwriter.  He was one of many guests attending Anime Boston 2018. While at the convention, I was lucky enough to interview him with a group of other reporters.

Tatum is well known for his voice acting in “Boku no Hero Academia”, “Attack on Titan”, as well as other works.  He started acting very early in his childhood. He said that over the years one of the hardest things for actors is facing rejection.

“Rejection is a hard thing to overcome,” he said during a talk at Anime Boston 2018. “When you walk out of an audition thinking you nailed it and the part is yours, only to find out that someone else got the part. One thing that you have to understand that if you think that you did amazing, it just means that you weren’t what they were looking for.

Live stage acting is a completely different experience, and will always be my first love.”

“One of the hardest things is coming out of an audition thinking that you were amazing and the next day knowing that you didn’t get the part. You just have to move on and know that there will be a day when you are exactly what they’re looking for.”

Tatum is known for many types of acting, but voice acting is what he is known for in anime. He says that when trying to record a portion of voice it can be done at home or in his pajamas, instead of having to sit in a makeup chair for hours before filming. He says that one of the best things is that you get a chance to be a character that you couldn’t be anywhere else. If they are trying to cast a female lead, for example, and you can sound like that, you don’t have to have a certain look. As long as you can convincingly act as a character that is all that is needed. It is a fun experience to portray different characters that you couldn’t if you were on stage.

Although he says that he loves voice acting he says, “Live stage acting is a completely different experience, and will always be my first love.”

He says that it is amazing to be able to get the audience engaged and can make for a more personal experience. You get to see when something goes wrong there is nothing you can do, you have to act as though that is what you wanted to do.  That there is a sense of risk and the idea that something could go wrong. As well it leads to a lot of funny stories to tell to people about walls falling and people dropping and breaking props on stage.”

Tatum is also an adaptive writer, meaning that he gets the exact translation of the Japanese version and then will rewrite it so that it will make more sense to an English speaker. He says that the point of this is to create the same reaction that it would invoke in Japan. This needs to be somewhat rewritten because they speak differently in Japan than they do in America.

He said that if you were in line at Starbucks and someone cut in front of you, typically you would say something along the lines of “Excuse me I believe I was here first.” That is not what they would say in Japan.

“When one of my friends were in Japan, there was an earthquake there, and just like anywhere in the world people started talking,” he said. “But instead of saying different things, they all just said “It’s shaking.” Other thing that is different is that the Japanese language doesn’t use plural nouns, so it can be hard to ensure that you are talking about the same quantity as someone else.”

As advice for anyone who is wanting to start a career in acting, he says that for any starting actor, make sure you can love the life. There is a lot of inconsistencies with the lifestyle.  That you can be constantly moving and one day you might have a job and as soon as it is over you don’t know where you are going.

“You have to be prepared to wear many hats,” he said.

Tatum suggests to all future actors and actresses that it is always good to have a back-up plan for when the acting does not work.