“The Lion King” may look different, but all the good feelings remain 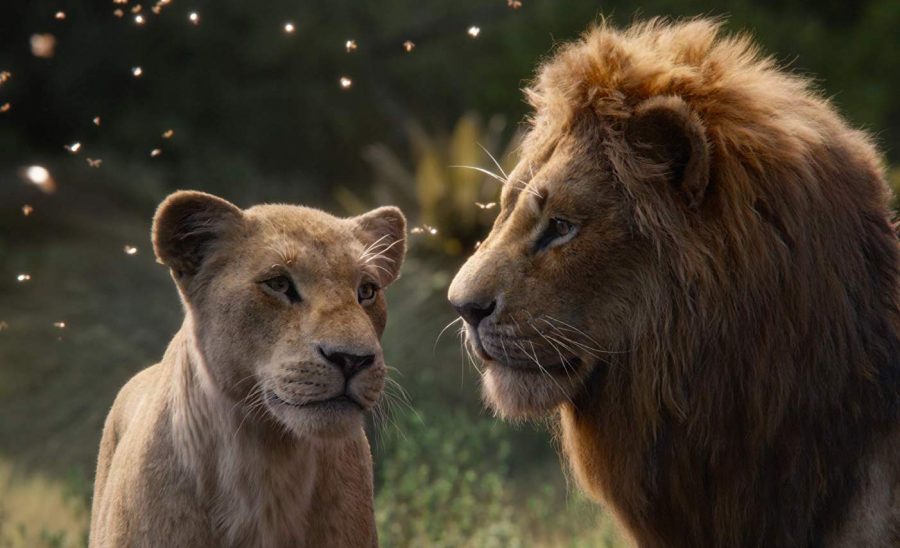 Nala (voiced by Beyoncé) and Simba (Donald Glover) star in the remake of “The Lion King”.

There seemed to be no need to remake the classic film. Nonetheless, the remake happened and I went to go see it.

Watching the movie felt like returning to my childhood. As the film unfolded, I felt myself go through the same roller-coaster of emotions that I experienced watching the original for the first time over a decade ago. By the end, I realized I’d enjoyed the movie much more than I expected I would.

The first thing to grab my attention when the film started were the visuals.  As expected, the artists who worked on this movie are incredibly talented. Each background is breathtaking and the hyperrealistic character designs make the characters look straight out of the Pride Lands. From a visual standpoint, I absolutely loved everything about this movie.

Additionally, Disney did a phenomenal job with the casting for the film. While many people only paid attention to the casting of Beyonce, I’d recommend taking notice of the other voice actors. JD McCrary and Shahadi Wright Joseph crushed their roles as Young Simba and Nala, respectively. John Oliver did a great job of encapsulating the spirit of Zazu. Billy Eichner (Timon) and Seth Rogen (Pumbaa) also shined. Their witty one-liners and banter had the audience cracking up every time they came on screen. I could probably go on for ages just singing praises for this phenomenal cast. I sincerely hope each actor in the film does more voice work in the future.

In terms of negatives, there aren’t many downfalls to the movie. The only flaw, so to speak, was the lack of emotion in the characters’ faces. As previously stated, the CGI work in “The Lion King” is great and it’s clear a lot of work was put in to produce the best results possible. However, animals don’t emote in the same ways humans do. Their emotions aren’t always present on their faces. In keeping true to the hyperrealistic appearances, Disney forgoes showing the character’s emotions. This results in a weakened emotional impact.

Happy songs such as “Hakuna Matata” are slightly jarring when looking into Pumba’s pitch-black eyes; sadder moments, such Mufasa’s death in the gorge, becomes much less striking when Simba’s face is neutral. While fantastic acting from the voice actors helps to convey the intended emotion, the film still could’ve benefited from showing the emotions of the faces of the characters themselves. In this aspect, the 2019 remake falls short of the original.

Whether you’re looking to reminisce on a favorite childhood film or are seeing the film for the first time, “The Lion King” could definitely be a film worth watching. Despite its new live-action revamping, at its core, the charm of the original story remains and that’s what will keep pulling people in.