Musical about wives of Henry VIII at American Repertory Theater through Sept. 29 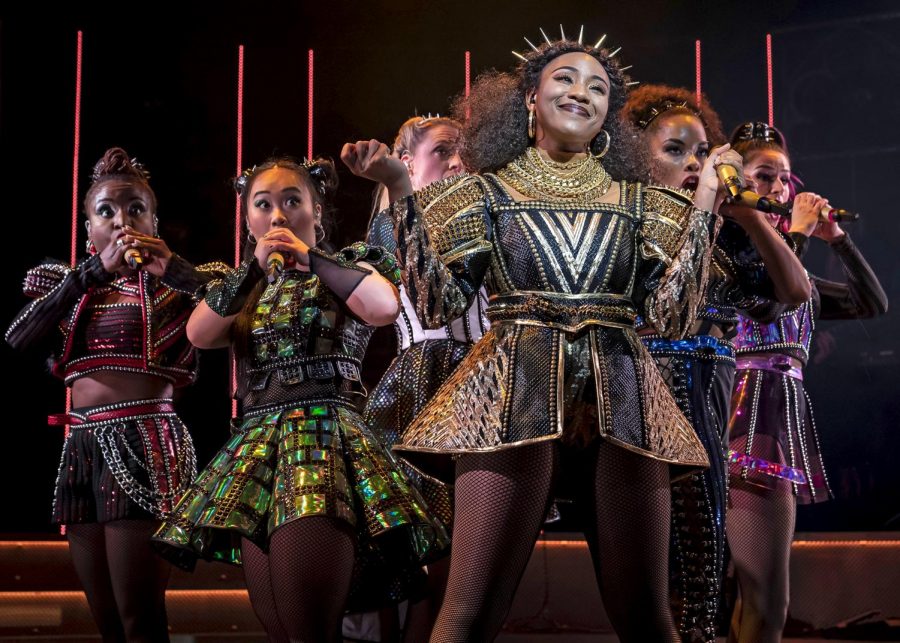 Catherine of Aragon (Adrianna Hicks) performs “No Way” in “Six”, which is on stage at American Repertory Theater in Cambridge through Sept. 29, 2019.

Going to see the musical “Six” at American Repertory Theater was like going to see a live concert. It was fun and had a bunch of amazing songs. It’s essentially the British version of the Broadway musical “Hamilton”. And just like Hamilton, it presented a history lesson in the form of a fun, dance-in-your-seat kind of entertainment.

Before I entered the theater, I honestly didn’t know what to expect. And after seeing it, all I want to reveal is that it was a very memorable experience.

The show’s title comes from the six wives of Henry VIII, who tell their stories through song.

Each of the singers do a magnificent job of conveying the emotions of each of their respective queens, from Andrea Macasaet as fun-loving, free-spirited Anne Boleyn to somber to a sad and somber Abby Mueller as Jane Seymour. The songs, each taking “queenspirations” from various female musicians such as Avril Lavigne, Nicki Minaj, and Sia incorporate their different musical styles in the songs.

Between the cattiness and camaraderie among the queens, the sad realities behind many of the actual lives of the queens (told in a fun, danceable songs — aside from “Heart of Stone and “All You Wanna Do” — comes the theme of female empowerment and friendship.

“Six” is an engaging, heartbreaking, and ultimately a beautiful musical to go and see!